SEOUL, Dec. 24 (Yonhap) -- As the Korea Baseball Organization (KBO) offseason heads into the new year, eight of the 10 clubs have filled up their foreign player quota.

As of Monday, only the Doosan Bears and the KT Wiz still have a spot remaining for imports. The Bears are looking for a new hitter, while the Wiz are hoping to re-sign Mel Rojas Jr., who enjoyed a monstrous 2018 season. 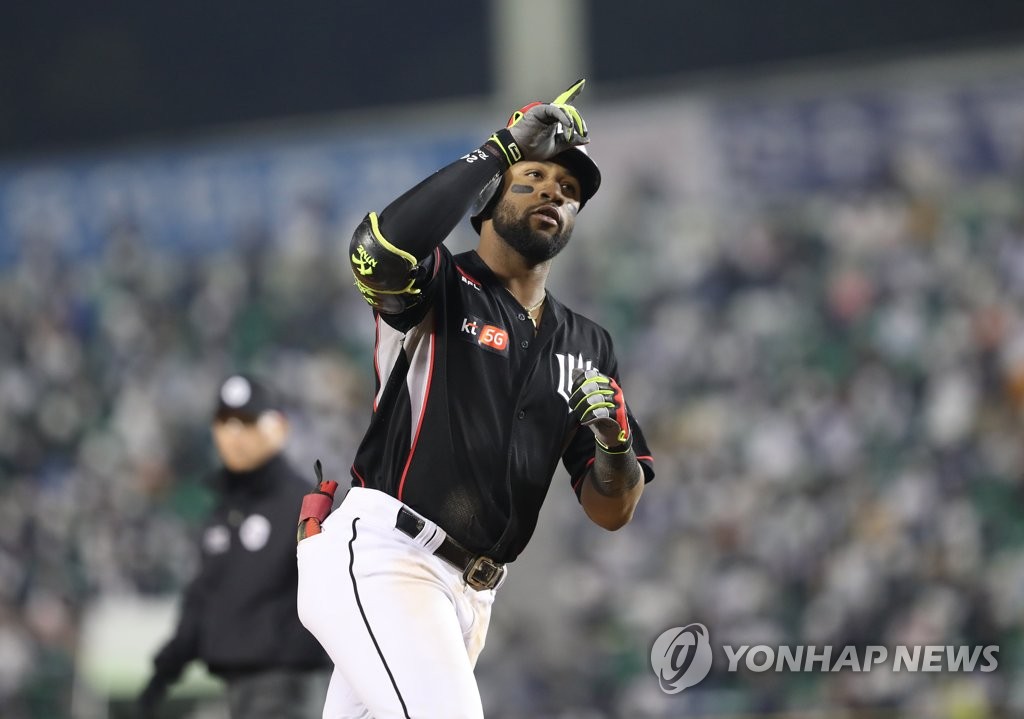 But the 28-year-old, who spent eight years in the minors before coming to the KBO in 2017, has reportedly expressed an interest in giving Major League Baseball (MLB) another try.

When new manager Lee Kang-chul and new GM Lee Soong-yong took over the Wiz earlier in the offseason, they both said retaining Rojas was their top priority this winter.

The Bears went through two former major league hitters in 2018, but neither Jimmy Paredes nor Scott Van Slyke panned out. Paredes batted .138 with a home run in 21 games, and Van Slyke was even worse as a midseason replacement, hitting .128 with a homer in 12 games. After cutting ties with Van Slyke in September, the Bears finished out the season without a foreign bat in the lineup.

They cruised to the regular season title, but lost to the SK Wyverns in six games in the Korean Series. Their cleanup hitter, Kim Jae-hwan, the regular season home run king, suffered an oblique injury during batting practice before Game 3 and ended up missing the rest of the series, and the Bears could certainly have used another power bat in Kim's absence. 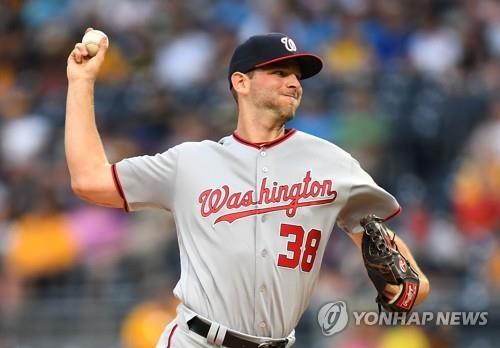 Two clubs, the Kia Tigers and the NC Dinos, have replaced all three of their foreign players from 2018.

A year after winning the Korean Series title, the Tigers sneaked into the wild card game as the fifth seed this year and lost to the Nexen Heroes. House cleaning ensued, as pitchers Hector Noesi and Pat Dean, and outfielder Roger Bernadina were let go.

On the mound, they'll have Jacob Turner and Joe Wieland. Former big leaguer Jeremy Hazelbaker will now patrol the outfield.

The Dinos saw their string of four consecutive postseason appearances come to a screeching halt, as they finished dead last at 58-85-1 (wins-losses-ties). Gone are pitchers Wang Wei-Chung and Logan Verrett and infielder Xavier Scruggs. Drew Rucinski and Eddie Butler will be the new pitchers, and Christian Bethancourt, who has played catcher, left field, right field and second base in the majors, will take Scruggs' spot in the order.

The Wyverns, the reigning champions, parted ways with right-hander Merrill Kelly, who signed with the Arizona Diamondbacks after four seasons in the KBO. But they've re-signed pitcher Angel Sanchez and slugger Jamie Romak, and they'll be joined by new pitcher Brock Dykxhoorn.

Teams rely heavily on those three imports on the mound and at the plate. Foreign players in the KBO have grown increasingly younger on average, with some of them having competed in MLB only months before signing here.

Starting this offseason, the KBO instituted a salary cap of US$1 million for all new foreign players -- it doesn't apply to returning players -- and that has forced teams to go after younger and cheaper options in the open market this winter. 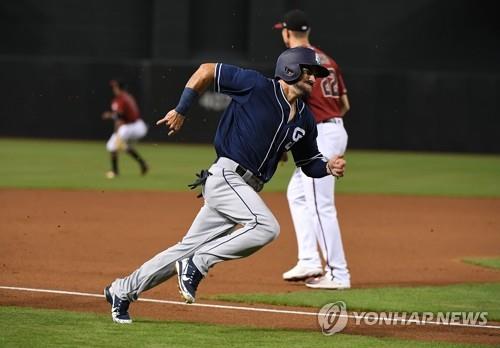 As of Monday, 18 foreign players have newly joined the KBO teams. And only Hazelbaker (31) was over 30 at the time of the signing. Rucinski will turn 30 on Dec. 30.

Lotte Giants' pitcher Jake Thompson and Dykxhoorn are the youngest at 24.

One new name that stands out is Carlos Asuaje, a new infielder for the Giants who agreed to a $551,000 deal last week.

Now 27, Asuaje was one of key prospects that the Boston Red Sox sent to the San Diego Padres to acquire an All-Star closer Craig Kimbrel in 2015.

Of the four players that went the other way in the deal, Asuaje was considered the only one who could make an immediate impact in the bigs.

But Asuaje failed to stick around with the Padres. He was cut earlier this month after batting .196 in 79 games in 2018. The Texas Rangers claimed him off waivers but released him only days later.