Since July 2016, Daewoo Shipbuilding and Marine Engineering Co. took the lead in designing the Changbogo III-class Batch-II submarine, whose construction is set to begin in the latter half of next year, the Defense Acquisition Program Administration (DAPA) said.

The next generation submarine is to be equipped with a locally developed lithium battery, which will allow longer underwater operations, and advanced sonar and combat tools that will enhance its target detection capabilities and overall survivability.

"It is expected that by possessing the strategic weapons system designed based on local cutting-edge technologies, the country will be able to further strengthen the Navy's independent defense capabilities," the DAPA said in a press release.

The DAPA said that 80 percent of its component parts were made by Korean businesses. 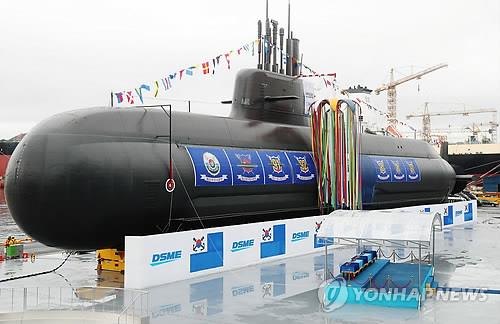