Fernandez was Cuba's second baseman during the 2013 World Baseball Classic. He then went 11-for-21, and collected six RBIs.

Fernandez joined the Los Angeles Dodgers in 2017, but made his big league debut after moving to the Los Angeles Angels this year. He played as a back up to Albert Pujols this season, going 31-for-116 with two home runs and 11 RBIs in 36 games.

"Fernandez throws right and bats left, but he plays solid against left-handed pitchers," the Bears said. "He also has a good batting eye, striking out only 68 times in 775 at-bats in 184 minor league games."

With Fernandez, the Bears have completed their foreign player roster for the 2019 season. The 2018 KBO regular season champions has already re-signed American pitchers Josh Lindblom and Seth Frankoff. 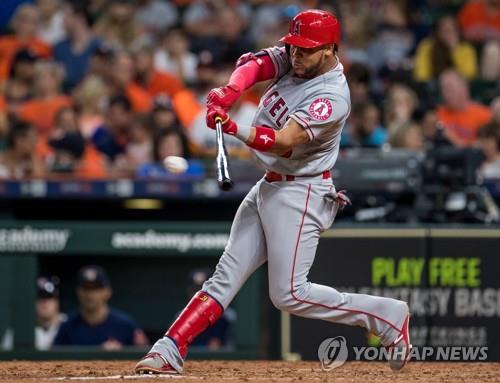