The Defense Project Promotion Committee decided on the Korea Destroyer Next Generation (KDDX) project, under which the country will locally develop the destroyer by the late 2020s with a budget of around 1.8 trillion won (US$1.59 billion), the Defense Acquisition Program Administration (DAPA) said.

Seoul plans to deploy six KDDX destroyers by the mid or late 2030s. The total cost of developing and producing the six vessels is expected to top 7 trillion won, observers said.

"The KDDX is a project to procure destroyers for the purpose of safeguarding maritime interests and responding to potential disputes at sea," the DAPA said in a press release following the committee session presided over by Defense Minister Jeong Kyeong-doo.

The committee also approved a plan to upgrade the Link 16, a tactical data link system installed on warplanes or warships to ensure the smooth sharing of information with the U.S. military during training or other combined operations.

To upgrade it, Seoul will purchase an enhanced encryption device through a government-to-government foreign military sale (FMS) program with Washington. Three U.S. defense firms are expected to vie for the project, worth 400 billion won, to procure the device by the mid-2020s. 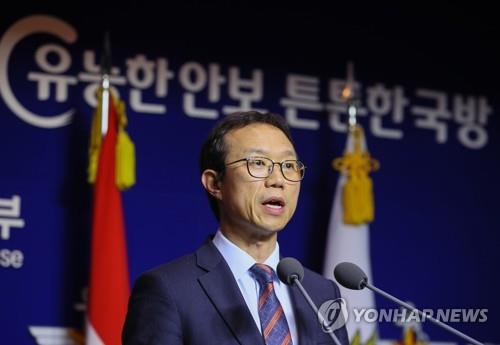