The aircraft entered the country's air defense identification zone, called KADIZ, at around 10:21 a.m. from an area near Jeju Island and Ieo Island and exited it half an hour later, according to the Joint Chiefs of Staff (JCS). It again crossed into the KADIZ at around 11:54 a.m. and flew along South Korea's east cost before leaving the airspace at around 3 p.m., the JCS added.

A JCS official said the aircraft is believed to be a Y-9 type reconnaissance plane.

The Air Force deployed fighter jets to track the aircraft and sent a warning message in a "normal tactical" measure, he said.

Later in the day, the South Korean defense ministry called in a military attache at China's embassy in Seoul to lodge a protest and call for measures to prevent any recurrence. 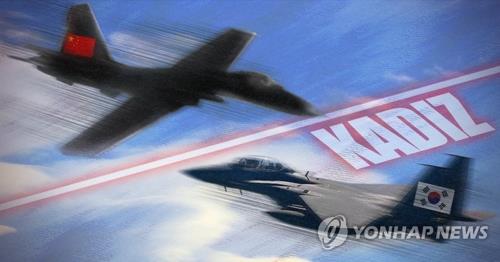 A section of the KADIZ overlaps with the air defense zones designated by China and Japan, a source of potential tension among the regional powers.

An air defense identification zone, or ADIZ, is an area of the skies declared by a state for the early identification and location of foreign planes approaching its territory. It is not defined in any international law or treaty.