Japan released a 13-minute-long video clip showing the operation of its Maritime Self-Defense Force's P-1 patrol aircraft to back up its claim that a South Korean naval destroyer targeted the warplane with fire-control radar on Thursday last week.

Seoul has rejected the claim, saying that its 3,200-ton Gwanggaeto the Great destroyer did not target the plane of the partner country and that it was on a humanitarian operation to trace a North Korean ship drifting into international waters of the East Sea.

"We express deep concerns and regrets over Japan's release of the footage just a day after the two sides held a working-level video conference to explore ways to dispel mutual misunderstandings and develop cooperative ties in the defense area," Choi Hyun-soo, the ministry's spokeswoman, told reporters. 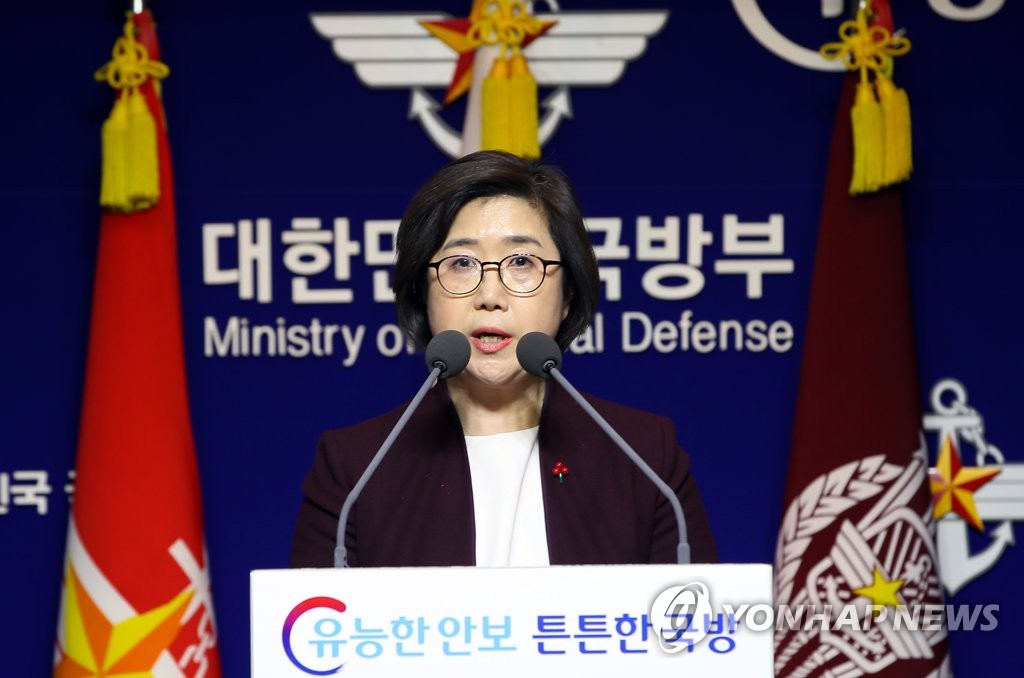 "We once again express regrets that Japan has given misleading facts by showing the footage, which contains its unilateral claim, when it has to consult (with the South) based on international law and accurate understanding of weapons systems," she said.

"Our side has so far responded with restraint ... Our position remains unchanged: that the cooperative ties between Seoul and Tokyo should develop in a forward-looking way," she added.

The footage showed an operator of the aircraft communicating a message to the South Korean Navy about its alleged discovery of the destroyer's radar directed at his plane in a relatively calm voice that observers say did not reflect a sense of urgency.

"This is the Japanese Navy ... We observed that your FC (fire control) antenna is directed at us," an operator said in a message sent to the Korean navy.

"What is the purpose of your act, over?" he added without demanding that the Korean Navy stop what Tokyo has characterized as a "dangerous act."

A South Korean military official noted that the plane was flying only about 150 meters above the destroyer and around 500 meters away from its side -- a flight that could be seen as posing a threat to a foreign Navy.

"The reason why we did not lodge an immediate protest against a low-flying plane was that we were focusing on the rescue operation with the thought of it being a friendly aircraft," the official said on condition of anonymity.

"The plane capable of carrying missiles and torpedoes can pose a threat even when it operates from a distance. But it was approaching the Navy ship," he added.

Seoul officials also pointed out that Japan failed to offer a "smoking gun," namely its analysis of the radar frequency which can verify whether the radar Tokyo claims was used against it was a targeting system.

While Japan's aircraft was approaching the destroyer, the antenna of its fire-control radar, STIR 180, appears to have turned toward the plane, as the Navy tried to identify the plane with an electro-optical targeting system attached to the radar. But the radar did not send out any beam to the plane, Seoul officials have said.

The destroyer used MW-08 radar, typically mobilized for search missions, during its operation to help rescue the North Korean ship.

Japanese Defense Minister Takeshi Iwaya has portrayed the incident as a "dangerous act that could have invited an unforeseen turn of events," while calling on Seoul's military to prevent any such recurrence.

Despite Seoul's denial, Tokyo has repeatedly raised the issue, sparking speculation that the Japanese government appears to be trying to divert attention from its waning public support.

The latest spat added to tensions in the bilateral relationship long strained by historical and territorial disputes.