SEOUL, Dec. 30 (Yonhap) -- South Korea will try to set the tone for their new year campaign with a win when they take on Saudi Arabia in a friendly match in the United Arab Emirates (UAE).

South Korea will play against Saudi Arabia at Baniyas Stadium in Abu Dhabi on Monday. The match will kick off at 8 p.m. local time, but in Seoul, it will start at 1 a.m. Tuesday, meaning South Koreans will watch the national team action on New Year's Day.

The upcoming friendly is South Korea's final tuneup match for the 2019 Asian Football Confederation (AFC) Asian Cup that will be held between Jan. 5 and Feb. 1 in the UAE.

South Korea, looking for their continental crown since 1960, are in Group C at the 24-team tournament with China, Kyrgyzstan and the Philippines. Saudi Arabia are in Group E with Qatar, Lebanon and North Korea. 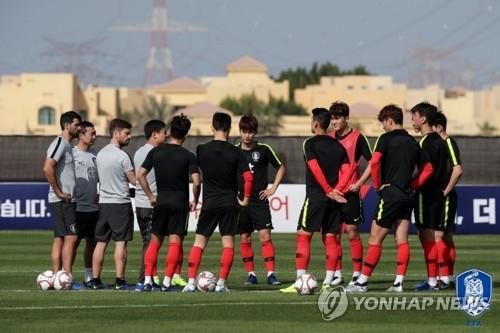 South Korea have four wins, seven draws and five losses against Saudi Arabia, but the Taeguk Warriors have not suffered a defeat against the Green Falcons since 2005. Their latest encounter was in 2015 in Sydney, where South Korea collected a 2-0 win.

South Korea, currently sitting 53rd in the latest FIFA rankings, 16 spots higher than Saudi Arabia, will try to extend their unbeaten run with new head coach Paulo Bento, who took over the team in August. Under the Portuguese, South Korea have so far collected three wins and three draws.

Saudi Arabia, led by head coach Juan Antonio Pizzi, collected one win, three draws and one loss in their friendly matches after the 2018 FIFA World Cup. The Arab nation's latest defeat was against Brazil in October, when they fell 2-0 at home.

South Korea will test their tactics and check their players' fitness when they play against Saudi Arabia. On Bento's 23-man Asian Cup roster, only Son Heung-min will not be available for the friendly match. The Tottenham Hotspur star will join the national team after Jan. 13, following an agreement between his English Premier League club and the Korea Football Association (KFA). 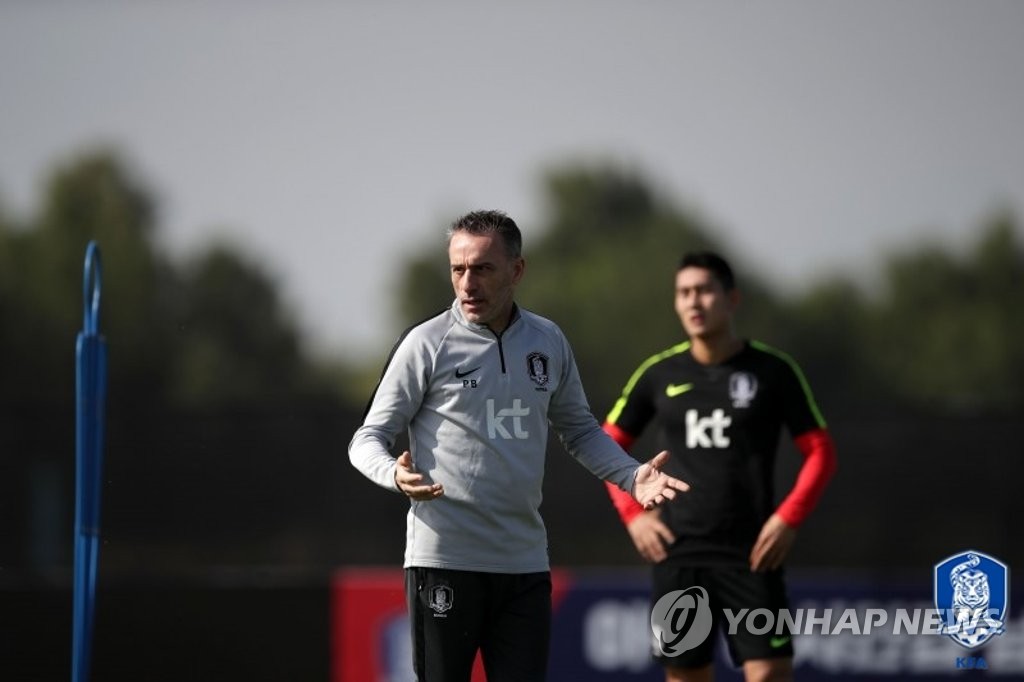 Without Son, South Korea's leading attacker will be Hwang Ui-jo, the 2018 KFA Player of the Year. The Gamba Osaka striker, who was also the top scorer at the 18th Asian Games, has scored three goals under Bento, the most of any South Korean player.

Bento is also likely to use Europe-based players who didn't feature in South Korea's friendly matches in Australia last month. In their trip to Brisbane, where South Korea faced Australia and Uzbekistan, Bento only brought players who are with East Asian clubs.

Most of the Europe-based players were already starting members for Bento's team, with Ki Sung-yueng, South Korea's most experienced player on the roster with 108 caps, serving as the midfield orchestrator. Skillful midfielders Lee Jae-sung, Lee Chung-yong and Koo Ja-cheol could also make appearances, while versatile forwards Hwang Hee-chan and Ji Dong-won are available as well. 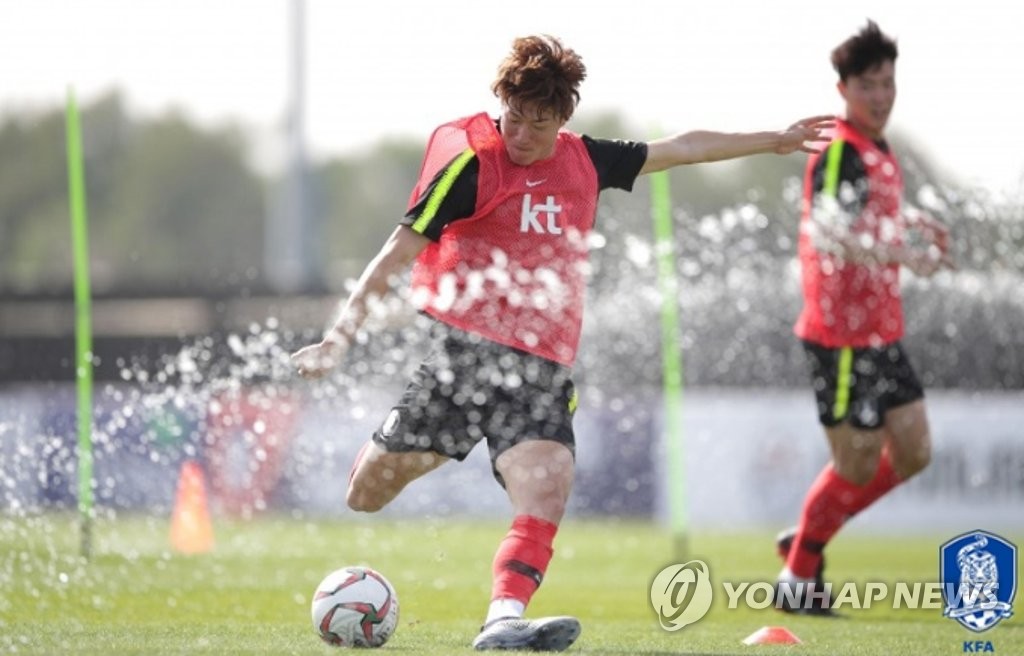 South Korea's four-man defense is likely to be comprised of left back Hong Chul, right back Lee Yong and center backs Kim Young-gwon and Kim Min-jae.

The South Korean defenders should be aware of Saudi Arabia's attackers like Yahya Al-Shehri, Salem Al-Dawsari and Fahad Al-Muwallad, who are known for their pace and technique. All three players have experience playing in the Spanish La Liga.

It will be interesting to see who will wear South Korea's goalkeeping gloves. Jo Hyeon-woo, South Korea's No. 1 custodian at the 2018 FIFA World Cup, and Kim Seung-gyu, who has 36 caps, the most among South Korean goalkeepers on the roster, have been sharing opportunities under Bento.