The market cap of the Korea New Exchange (KONEX) market came to 6.3 trillion won (US$5.6 billion) as of the end of the year, up 28.6 percent from the previous year, according to the Korea Exchange (KRX).

This year, 12 companies moved to the secondary KOSDAQ market from the tertiary bourse, bringing the total number of such firms to 44 since the market opening in 2013, according to the KRX.

Currently, a total of 153 business entities are traded on the KONEX market.

The third-laden bourse serves as a venue for trading shares in smaller companies, including venture firms and startups, to help them raise funds in an easier fashion. 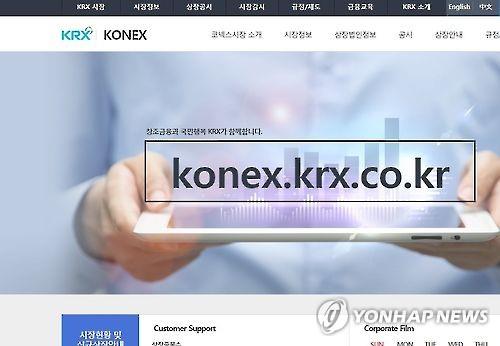