SEOUL, Dec. 30 (Yonhap) -- The average daily wage of production workers at small and medium-sized enterprises (SMEs) stood at 88,503 won (US$79.2) in the second half this year, up 1.5 percent from the previous six-month period, data showed Sunday.

The Korea Federation of Small and Medium Business (KBIZ) that compiled the data said that of the 118 types of occupations checked, computer-aided design architects were paid the most at 124,211 won per day, with electricians coming in second at 121,638 won. On the other hand, unskilled menial workers were paid just 72,020 won, with those in food processing offered 72,847 won on average for a day's labor.

KBIZ said the wage calculation is based on salaries given to workers for September by the companies checked and assumes people worked eight hours per day. The sum does not take into account weekly paid leave allowance that is opposed by many smaller companies, nor factored in daily workers who work on an irregular basis.

It said that the data compiled will be used as basic information in assessing the labor portion of manufacturing costs. 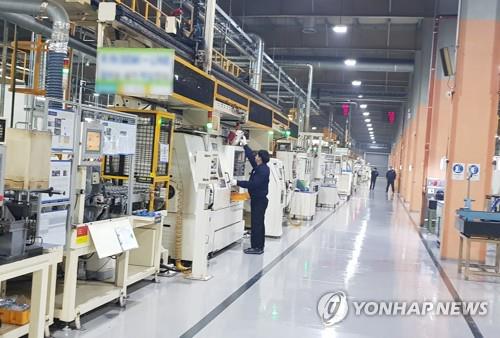