SEOUL, Dec. 30 (Yonhap) -- South Korea's economy is expected to grow in the mid-2 percent range in 2019 as exports, private consumption and construction-related investment are expected to take a hit, a poll carried out on the heads of local think tanks showed Sunday.

The survey conducted by Yonhap News Agency on seven leading economists, such as Choi Jeong-pyo, president of the Korea Development Institute (KDI), and Chang Ji-sang, head of the Korea Institute for Industrial Economics and Trade (KIET), showed growth predictions ranging from as high as 2.7 percent to as low as 2.4 percent, with most bracing for a slowdown in GDP compared with 2018.

South Korea's finance ministry is maintaining its growth outlook of 2.9 percent for this year, although the Bank of Korea has trimmed the target to 2.7 percent. 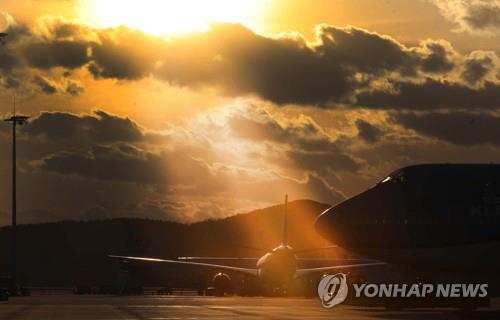 KDI's Choi said while outbound shipments are expected to slow down, the country's GDP may advance 2.6 percent on-year, which will fall shy of the country's potential growth rate of 2.7-2.8 percent.

The KERI chief said the economy has already entered a downward cycle, with growth falling as low as 2.4 percent due to weaker exports and consumption restricting gains overall.

Other research institute heads said that while exports are estimated to have expanded by some 6 percent in 2018, numbers will likely fall to the 2-3 percent range in the new year, mainly due to the slowdown in the global economy and fall in prices for semiconductors and refined petroleum products. The two items have led export growth this year on strong overseas demand.

On the domestic front, the research institute chief said investment in construction will fall for the second straight year that can further impair growth.

On the plus side, KIET's Chang said there are signs of recovery in the country's shipbuilding sector that had been struggling with a slump in recent years, while Lee who heads one of the largest private research organizations forecast a rebound in facility investment that will help the economy.

"While facility investment have fared badly, this may change in the new year with the government putting emphasis on innovative growth," the former government policymaker said.

In the area of private consumption that is critical for sustainable growth think tanks expected growth ranging from 2.4 percent to 2.6 percent, which is lower than the 2.8 percent growth target set by Seoul for the year.

On job creation, the experts said upwards of 125,000 positions may be created in the new year, which is slightly better than 103,000 added to the job force for this year up till November.

The head of KERI, under the Federation of Korean Industries, said that while the number of jobs created will be similar to this year, there is a chance that unemployment rate may rise to 4.1 percent, a clear sign of worsening employment conditions.

"The government must do more to push forward labor market reforms and do away with unnecessary red tape so as to create an environment conducive for growth," Kwon said. 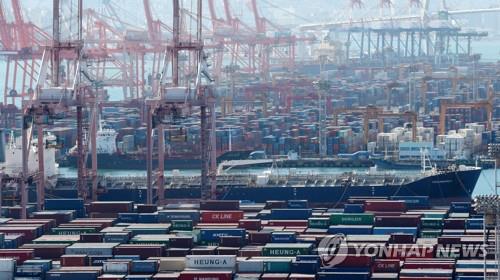