SEOUL, Dec. 30 (Yonhap) -- North Korean leader Kim Jong-un will likely tamp down his rhetoric in his New Year's Day message in order to not provoke the United States and try to revive the hope for their long-stalemated denuclearization talks, experts said Sunday.

Kim has used the New Year's Day message to provide the general directions of his policy, which has been closely watched by the outside world to get a rare glimpse into how the reclusive country will act on such high-stakes issues as its nuclear weapons program.

This week's speech comes, in particular, at a sensitive time as the denuclearization talks with the U.S. have been in a stalemate since Kim met U.S. President Donald Trump in June for a historic summit.

On Jan. 1, 2018, Kim said he was willing to send a delegation to the PyeongChang Winter Olympics in South Korea in what appeared to be a peace offensive, which later led to three inter-Korean summits.

He, however, also sent a sharp-tongued message by mentioning a "nuclear button" on his desk apparently targeting the U.S.

Experts expect the North Korean leader will steer clear of making such strong remarks in order to not provoke the U.S. at a time when he is trying to find a breakthrough in the gridlock in denuclearization talks.

Instead, they expect Kim will urge a "phased" and "simultaneous" enforcement of agreements he reached with Trump in their June summit and demand sanctions relief to set the stage for active economic cooperation with South Korea.

Kim promised to work toward the complete denuclearization of the Korean Peninsula in the summit in exchange for security guarantees and new U.S.-North Korea relations.

Their subsequent talks have since been stalled as Pyongyang wants sanctions relief in return for what it claims to be substantive denuclearization steps, but Washington wants more concrete measures before making major concessions.

Multilayered sanctions on Pyongyang have been standing in the way of its economic cooperation with South Korea that has been pursued under the agreements between their leaders in three summits this year.

Apparently frustrated with a protracted impasse in denuclearization talks and unclear when the crushing sanctions will be eased or lifted, Pyongyang has recently stepped up calls for self-reliance and more efforts for economic development.

Kim's speech will also be closely watched for any response to Trump's recent remarks that he expects to hold a second summit with the North's leader in January or February.

Seoul officials, in particular, will play close attention to whether Kim will make a mention of his promised trip to Seoul to reciprocate President Moon Jae-in's visit of Pyongyang in September.

Kim promised to visit Seoul "at an early date" during the September summit. The Seoul government had hoped that Kim would make a trip here before the year's end, but there has been no response from Pyongyang.

It would mark the first time that a North Korean leader visits Seoul since the Korean Peninsula was divided in the wake of the 1950-53 war, which ended in a truce, not a peace treaty. 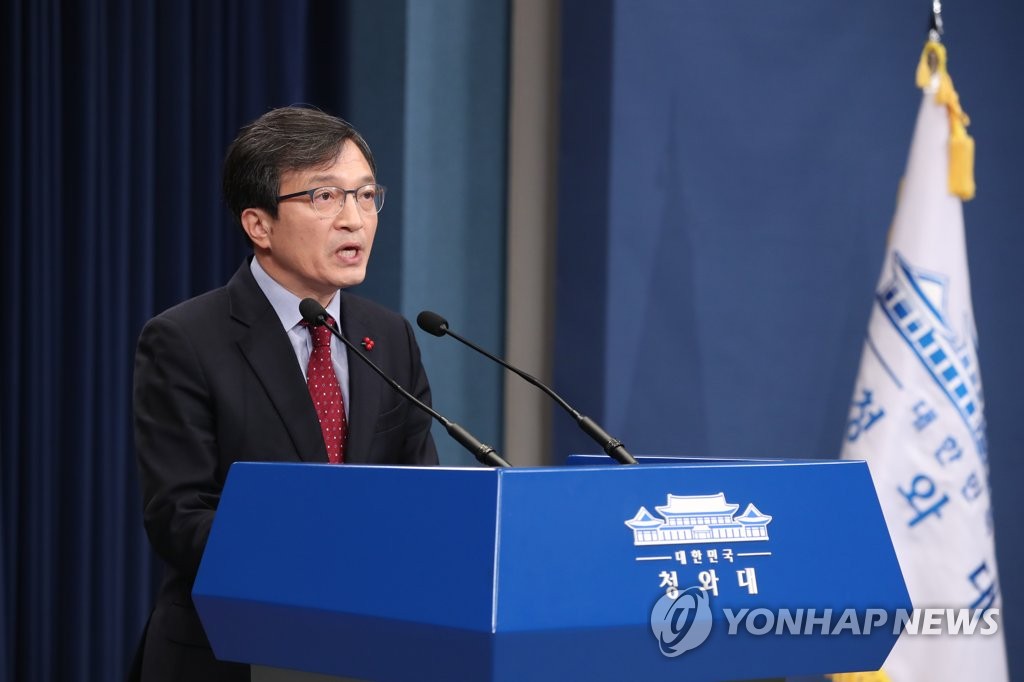 Kim, meanwhile, sent a personal letter to President Moon on Sunday, which could offer a glimpse into which direction the North will be headed in its relations with South Korea.

Cheong Wa Dae spokesman Kim Eui-kyeom told reporters that the North Korean leader expressed disappointment in the letter for not making his promised trip to Seoul by year's end but emphasized a strong willingness to honor the promise while closely watching relevant situations.

"Chairman Kim made clear that he wants to meet President Moon frequently in 2019 as well to move forward discussion on peace and prosperity and expressed an intent to resolve the denuclearization of the Korean Peninsula together," the official stressed.