SEOUL, Dec. 30 (Yonhap) -- South Korean carmakers are expected to roll out 10 new models in the new year in the domestic market as they strive to bolster sales, amid stiffer competition from abroad, industry watchers said Sunday.

Observers said that while SUVs will continue to expand their presence, new sedans are being readied for release that can offer more choices for consumers, which will be good for the market as a whole.

Of the five local automakers, Kia Motors Corp. and SsangYong Motor Co. will be the first to introduce the latest vehicles in 2019. 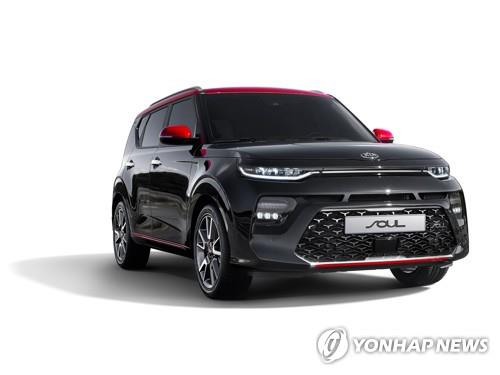 Kia will start selling its all-new Soul multi-purpose vehicle, with SsangYong on Thursday taking the wraps off its "Khan" crossover, which is a stretched version of the company's popular Rexton Sports pickup.

The third-generation Soul will come with either a 1.6-liter gasoline turbo or a pure electric vehicle (EV) variant. The EV comes with a battery pack with twice the capacity of the current model and an 80 percent boost in performance of its motor.

The gasoline Soul will have 204 horses on tap and 27 kilogram-force meters of torque mated to a seven-speed dual clutch transmission, which the company said will enhance overall performance.

The carmaker, one of the flagships of Hyundai Motor Group, said it plans to release a smaller crossover than the Stonic toward the end of the year that can draw customers to its showrooms.

Kia's larger corporate cousin Hyundai Motor Co. said it will sell the eighth generation Sonata midsize sedan in the first half, and its smallest crossover in the July-December period. The SUV currently referred by is code name of QX will be slotted below the Kona subcompact five-door and will complete Hyundai's crossover lineup.

South Korea's No. 1 carmaker has the Palisade at the large end, followed by the Santa Fe in the midsize range, the compact Tucson and the small Kona.

Hyundai said it hopes the new Sonata will be able to resurrect consumer interest in midsize sedans as Kia too is planning to take the wraps off the follow-up to its K5 sedan in the new year. The K5 is the domestic name for the midsize sedan that is sold as the Optima in the United States and some other places.

In the upscale market, Hyundai's luxury sub-brand Genesis is gearing up to showcase the all-new G80 sedan and its first SUV, the GV80, in 2019.

SsangYong, the local unit of Indian SUV maker Mahindra & Mahindra Ltd., said that in addition to the Khan, it will launch the next version of its Korando C, referred to as the C300 within the company, in March.

GM Korea Co., the South Korean arm of U.S. auto giant GM, said it will release two new cars in the first half. It said the seven-eight seater Traverse SUV and Colorado pickup will be brought into the country for sale here. 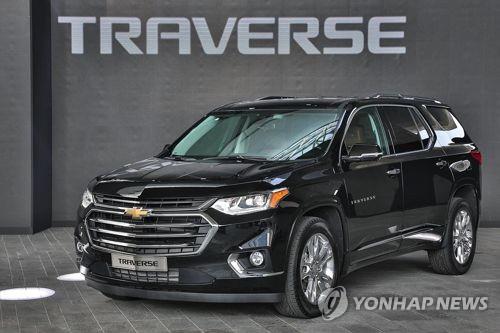 Meanwhile, foreign automakers, such as BMW, Mercedes-Benz, Audi and Lexus, are all planning to introduce new models ranking from eco-friendly cars to SUVs in the new year amid popularity of imported cars. Foreign carmakers are expected to introduce some 20 new models in the country in 2019.
(END)