SEOUL, Dec. 30 (Yonhap) -- SK Innovation Co., South Korea's major energy-chemical firm, said Sunday it will showcase a key part of flexible displays at the CES 2019 slated for next month in the United States.

The company said it will introduce its flexible cover window, which is utilized in flexible displays.

SK Innovation has been making various efforts to penetrate deeper into the flexible display segment, including the coating technology that allows screens to endure being bent tens of thousands of times.

In the second quarter, SK Innovation announced that it will invest 40 billion won (US$35.8 million) to build a production line for flexible cover windows in South Korea, which is anticipated to start its operation in the second half of 2019.

The company added it is also considering building a second line to prepare for the anticipated growth of the market.

"Based on our technologies and marketing capabilities, we are ready to cope with the expansion of the market for flexible display devices," SK Innovation said. 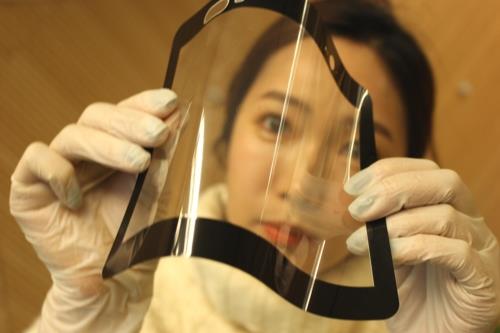