As of Monday, smoking within 10 meters of the 390,000 day care centers and 9,000 kindergartens in the country will be prohibited.

The Ministry of Health and Welfare said the decision aims to protect children from secondhand smoking.

Provincial governments are also ordered to put up signs notifying smokers of the regulation around day care centers and kindergartens.

The ministry said it will give a grace period through March 30, so as to give people time to adjust to the changes.

Tougher regulations will also be applied for so-called smoking cafes.

Smoking cafes, which have permitted customers to smoke by not being registered as cafes, but as vending-machine shops, will be designated as smoke-free areas starting in 2019.

Such cafes, which sold drinks through vending machines in contrast to conventional cafes, were considered loopholes in Seoul's anti-smoking policies.

Owners of smoking cafes must notify visitors that their facilities are smoke-free zones and must install a fully separate room with a ventilation system if they wish to continue allowing customers to smoke.

The ministry said it plans to give a grace period until March 30 so as to give more time to make the necessary changes. 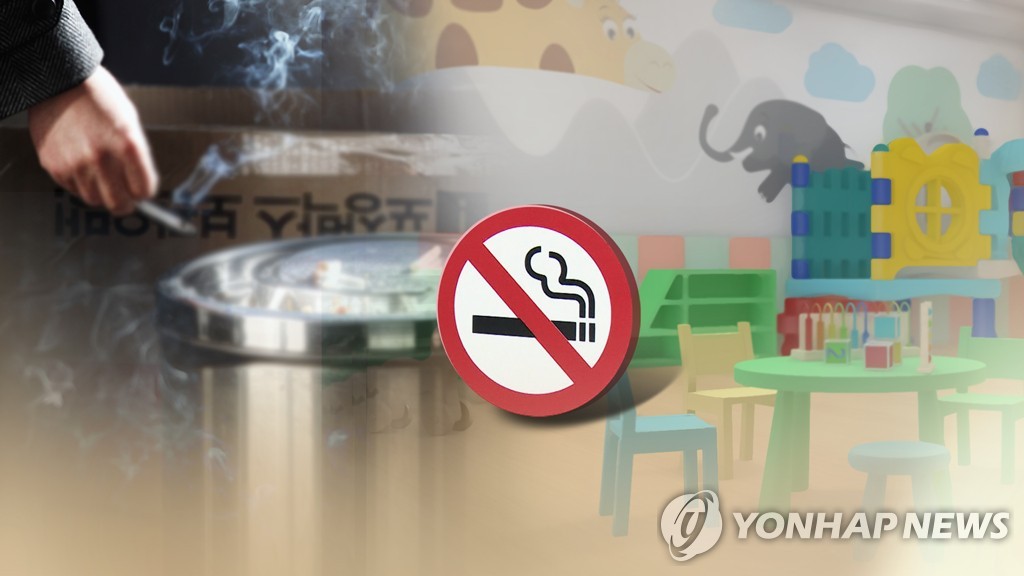 Smoking to be banned near day care centers

Smoking to be banned near day care centers