SEOUL, Dec. 30 (Yonhap) -- A strong cold wave continued to grip South Korea on Sunday, with temperatures in many parts of the country dropping below minus 10 degrees Celsius.

Many areas were under cold wave advisories or alerts, with the mercury in Seoul dropping to as low as minus 11 C, according to the Korea Meteorological Administration (KMA).

In the northeastern town of Cheorwon, near the inter-Korean border, the temperature tumbled to minus 20.3 C. The wind chill in the eastern mountainous region of Daegwallyeong dropped to minus 23 C at one point, according to a local weather report.

A KMA official said the cold spell will continue into the early hours of New Year's Day, with the temperatures staying below minus 10 C mostly in inland and mountainous areas.

Sunny and dry weather conditions continued across the country Sunday, with people being advised to be careful in handling fires.

Some areas along the western coast are expected to receive around 1 centimeter of snow. The country's southern island of Jeju, eastern island of Ulleung and easternmost islets of Dokdo are also forecast to have snow ranging from 1-5 centimeters. 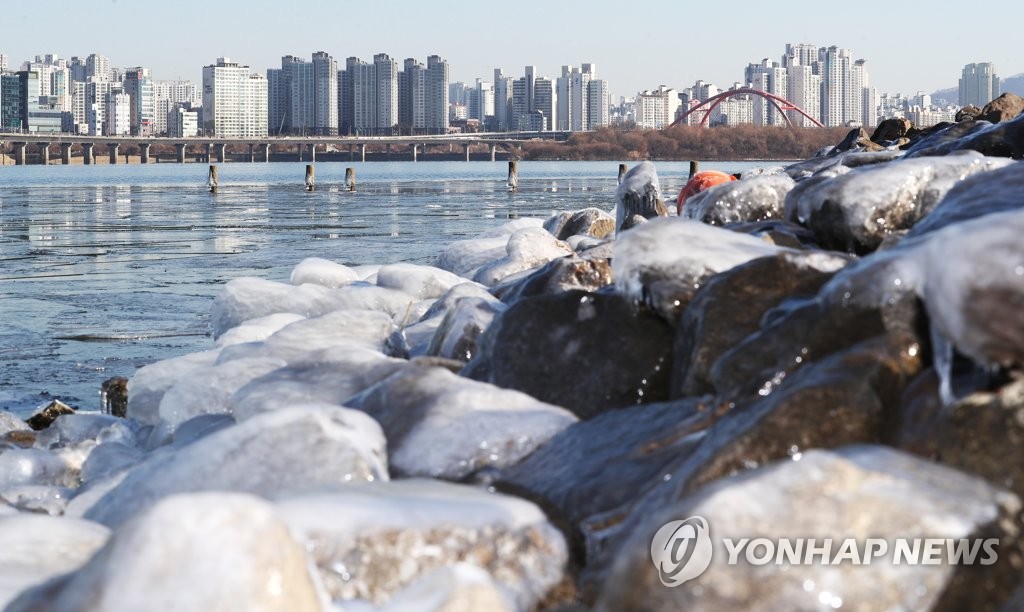