SEOUL, Dec. 30 (Yonhap) -- South Korean commercial banks are expected to suffer a 2 trillion-won (US$1.8 billion) drop in net earnings in the new year, as the government tightens rules on lending, a report by a local think tank said Sunday.

According to the Korea Institute of Finance (KIF), the total net income for lenders is expected to stand at 9.8 trillion won in 2019, down from 11.8 trillion won being forecast for this year.

The market assessment report said the slowing down of household loans and the rise in credit costs amid concerns of bad loans will likely eat into profits.

It said a rise in household loans should hover at 2.7 percent for the whole year, a sharp drop from 4.81 percent in 2018. KIF said even corporate loans are predicted to grow 4.81 percent annually next year, down from the 4.74 percent estimate for 2018.

It said under such circumstances, asset growth of local lenders will reach 3.86 percent. The think tank said this means asset growth numbers could be lower than the 4.3 percent nominal GDP gains for the country for the whole year.

Local lenders reported asset growth of 5.49 percent in 2016, followed by 5.66 percent gains in the following year, with numbers for this year estimated at 4.33 percent.

"The main reason for the overall slowdown is linked to government regulations on lending," the institute claimed.

Starting this year, Seoul tightened rules on the debt-to-income ratio and the debt service ratio to make it harder for banks to lend money to households that are already in debt.

In addition, concerns that the national economy will slow down going forward, along with higher interest rates that can cause a rise in bad debt, may force banks to set aside more funds to cover defaults that will affect their bottom lines.

"There is a pressing need for banks to find new sources of revenue, such as seeking opportunities abroad and investing heavily in digital financial operations that can generate new growth down the road," KIF said. 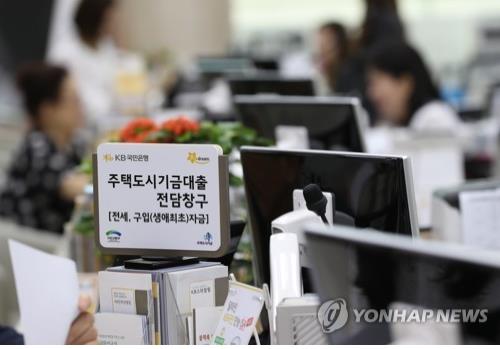