Moon said South Korea "remains unchanged in welcoming" Kim's possible trip to Seoul and said he is very glad that Kim renewed his commitment to make joint efforts toward denuclearization.

Kim said that the leaders of the two Koreas have taken practical measures this year helping to get over the long-running confrontation across their border, Cheong Wa Dae spokesman Kim Eui-kyeom told reporters.

The official said that the North Korean leader expressed disappointment for not making his promised trip to Seoul by year's end but emphasized a strong willingness to honor the promise while closely watching relevant situations. 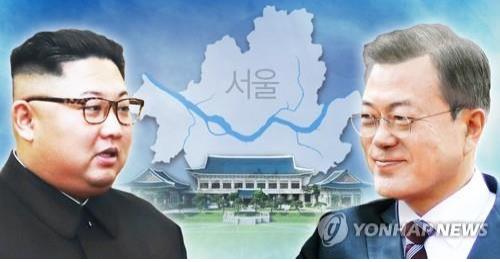