SEOUL, Dec. 30 (Yonhap) -- Korean Air Lines Co. said Sunday that it has mistakenly identified the body of water between the Korean Peninsula and Japan as the Sea of Japan in some of its planes, an accident that has raised eyebrows here over South Korea's largest air carrier.

The carrier said it did not notice when its subcontractor used a wrong map when upgrading an audio and video system equipped in seats in seven out of Korean Air's 143 planes.

Korean Air said it plans to correct the mistake by Monday and identify the body of water as the East Sea.

The accident is the latest reminder of the sensitive nature of what to call the body of water between the two Asian neighbors.

South Korea says the body of water should be called the East Sea, but Japan insists the name should be the Sea of Japan.

South Korea and Japan are close economic partners and key allies of the United States, though they have long been in conflict over territory and other historical disputes stemming from Japan's brutal 1910-45 colonial rule of the Korean Peninsula. 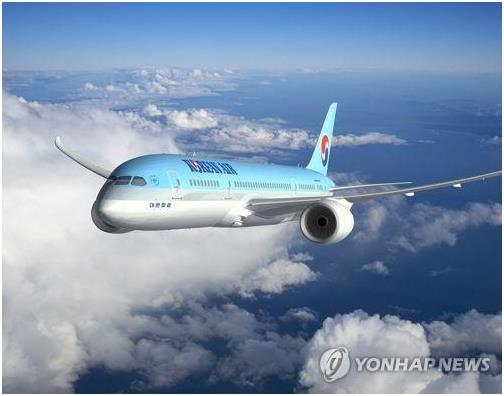