According to the report conducted by a team of researchers at Seoul National University College of Medicine, a daily average of alcoholic beverages consumed by women aged between 40 and 69 increased from 4.6 grams in 2003 to 5.8 grams in 2009.

Also, the percentage of makgeolli consumption among alcoholic beverages jumped from 4.2 percent to 7.4 percent during the same period.

The report was based on a total of 129,824 people aged between 40 and 69 to study alcohol consumption patterns among the middle-aged and older populations.

The latest report was published in the international Journal of Epidemiology.

The Korean liquor, which is traditionally made from rice, yeast and water, typically has a alcoholic content between 6-8 percent.

Local makgeolli producers have been striving to expand into overseas markets by developing new flavors and changing the alcohol content to better cater to the tastes of foreign customers. 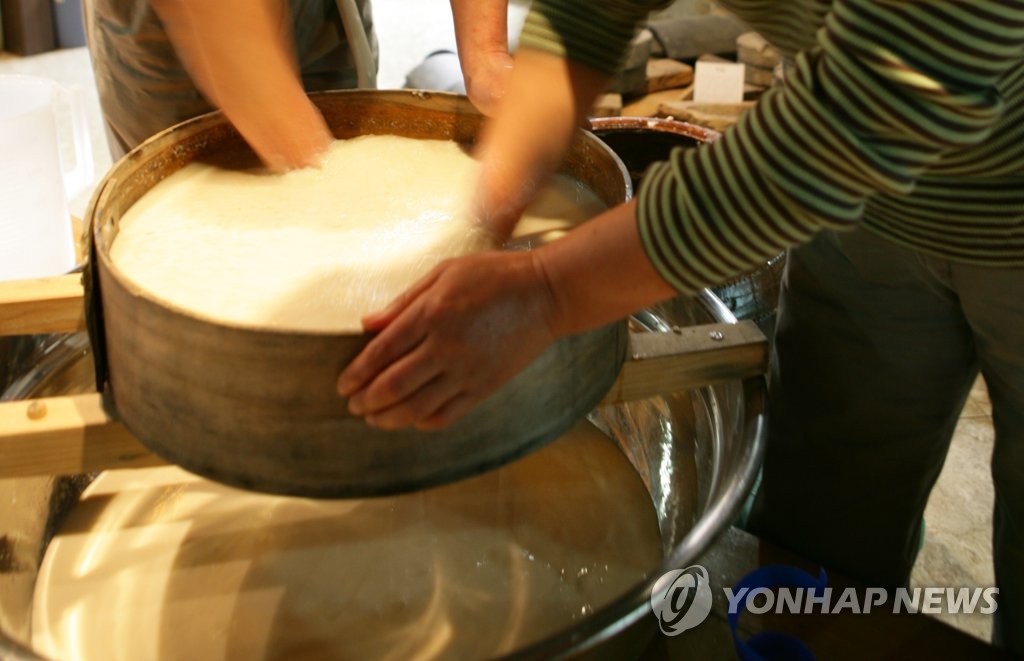