SEOUL, Dec. 31 (Yonhap) -- Jeju Air Co., South Korea's biggest low-cost carrier by sales, on Monday added a B737-800 jet to its fleet to strengthen its service.

The 189-seat B737-800 is the eighth of eight jets that the carrier acquired in 2018, bringing the size of its fleet to 39, which are composed of 36 leased aircraft and three that the company purchased.

The airline, which uses Jeju International Airport as one of its main hubs, is 59.59 percent owned by Aekyung Group, a cosmetics-to-health care conglomerate. 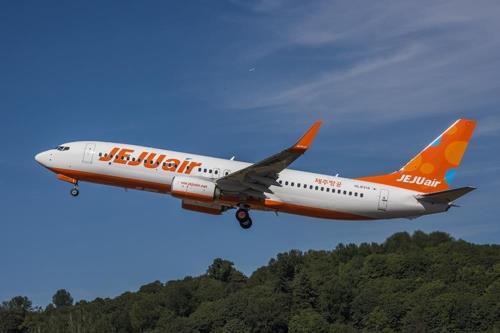