SEOUL, Dec. 31 (Yonhap) -- South Korea's central bank chief said Monday that an accommodative monetary policy will be maintained in the new year in the face of low inflationary pressure and slowing economic growth.

"It is necessary to maintain the accommodative monetary policy as the economy will likely pull off upper 2 percent growth and the inflationary pressure will remain low," Bank of Korea (BOK) Gov. Lee Ju-yeol said in his New Year's message. "The BOK will carefully watch the pace of economic growth, inflation and financial stability before tuning up its monetary policy plans."

The BOK raised the country's policy rate to 1.75 percent last month, citing that it is the right time to curb massive household debt, which surpassed 1,500 trillion won (US$1.35 trillion) in September.

It was the second rate hike since the BOK first adjusted the key rate from a record low of 1.25 percent in November last year.

The adjustment comes as Asia's fourth-largest economy seems to be losing steam, dragged down by sluggish employment and contracting corporate investment.

The BOK forecast the economy will expand just 2.7 percent next year, while other private and state-run think tanks and investment banks have come up with lower 2.3-2.6 percent growth outlooks.

Lee said the central bank aims to keep close tabs on the financial market as the U.S. monetary normalization may spark a foreign outflow.

As the Federal Reserve lifted its fund rate four times to 2.25-2.50 percent, the rate difference between South Korea and the United States has widened to 0.75 percentage point.

A wider rate spread may lead to foreign funds leaving the country that can pose challenges for the local financial market. Currently, more than 30 percent of the market capitalization of South Korea's benchmark KOSPI bourse is owned by foreign investors.

"Under the extended rate disparity, a potential increase in risk aversion across the world would fuel the volatility of capital flows," Lee said.

Next year, the central bank will hold eight rate-setting meetings, with the first to take place Jan. 24. 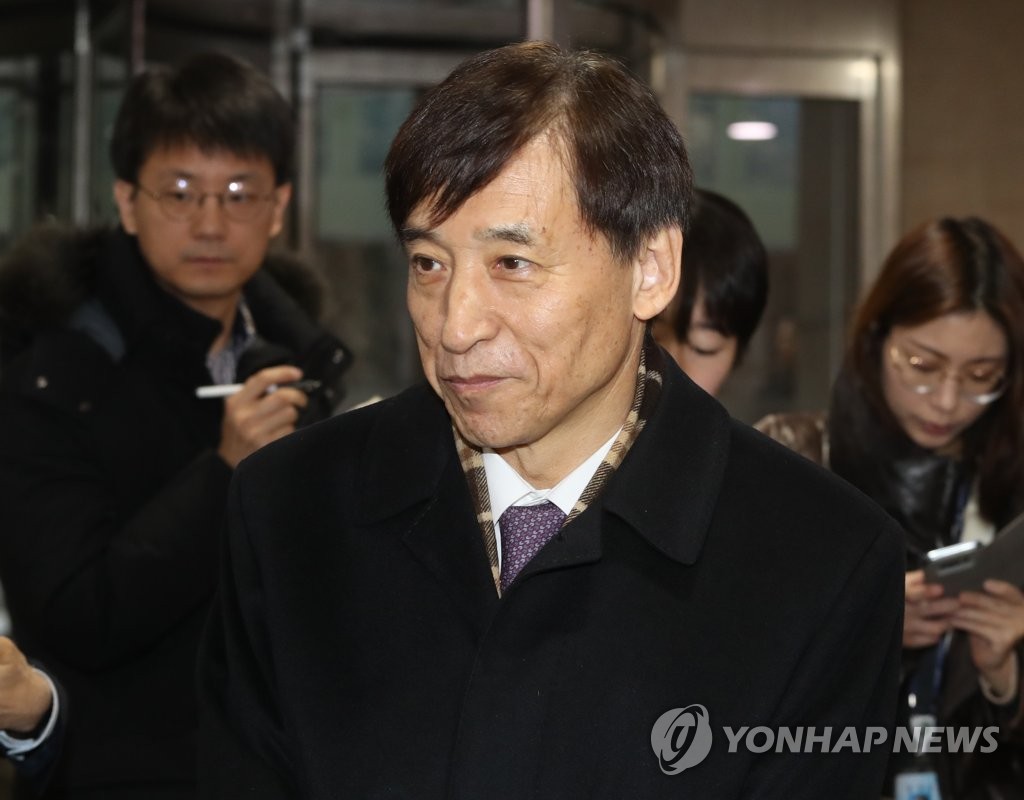