Early this month, GM Korea's shareholders approved the spin-off plan with the Korea Development Bank (KDB), the carmaker's second-biggest shareholder, backing the carmaker's plan to spin off a research unit. The state lender had initially objected to the move.

The research unit, dubbed GM Technical Center Korea, Ltd., will be formally launched on Wednesday and will have some 3,000 employees, according to the local unit of U.S. auto giant GM.

The new stand-alone R&D center will lead global engineering for two vehicle programs allocated to GM Korea's manufacturing operations in May -- an all-new subcompact sport utility vehicle and all-new cross utility vehicle-type model. The development is part of the company's broader plan to become profitable and expand its presence in the country, GM Korea said earlier.

Workers at the carmaker have strongly opposed the plan as they see it as a step by the Detroit-based company to scale down production facilities here over the long term.

Last week, the KDB completed injection of US$750 million into GM Korea, which is part of a deal made with GM Korea in May this year.

Under the pact, the KDB pledged to inject more funds, while GM agreed to provide $3.6 billion in fresh loans to keep GM Korea afloat. 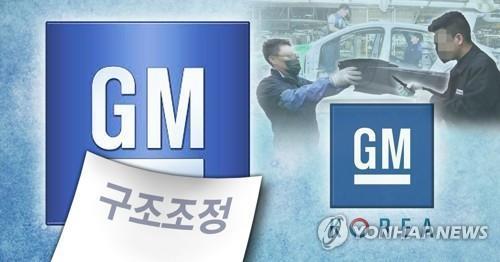