SEOUL, Dec. 31 (Yonhap) -- A top presidential secretary on Monday expressed regret that a former investigator's unilateral claim about the presidential office's alleged surveillance of civilians is politically being used.

Cho Kuk, the presidential secretary for civil affairs, made the remarks before attending a parliamentary hearing over the claim by Kim Tae-woo, a former special inspector who allegedly carried out irregularities while working at Cheong Wa Dae.

"Without filtering, the media is reporting the unilateral, biased claim by the person who committed irregularities, and this is politically being used," Cho told reporters.

"This is very regrettable. ... The presidential civil affairs team under the President Moon Jae-in government has been handling all affairs, including special inspections in accordance with law and principle," he added.

Cho and President Moon Jae-in's chief of staff Im Jong-seok are attending the meeting of the parliamentary steering committee over the allegations.

It marks the first time since 2006 that a presidential secretary for civil affairs spoke at the parliamentary steering committee, which oversees the operation of the presidential office.

Last month, Cheong Wa Dae returned him to his original post at the prosecution over allegations that he sought to influence a police probe into a corruption case involving his acquaintance.

Since then, he has released various information he claims to have obtained, including information about civilians and former bureaucrats who should not have been subject to Cheong Wa Dae surveillance.

Kim claimed that he surveilled such people on direct orders from his superiors at Cheong Wa Dae, an accusation strongly denied by the presidential office.

Surveillance of civilians has been a sensitive issue in South Korea as former conservative governments were previously blamed for conducting illegal supervision of citizens for political purposes. 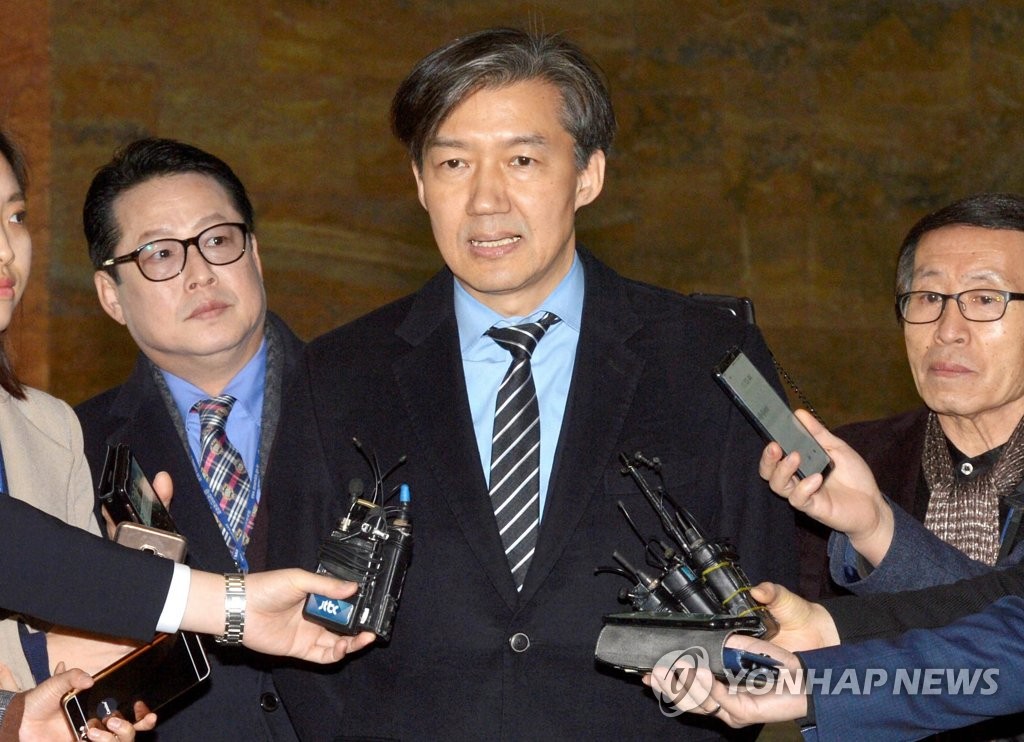