SEOUL, Dec. 31 (Yonhap) -- So Ji-sub has won his first top acting award from major television networks for his lead role in the successful MBC drama series "My Secret Terrius."

The 41-year-old lifted the top prize of the 2018 MBC Drama Awards held at the broadcasting firm's headquarters in Sangam-dong, western Seoul, on Sunday. 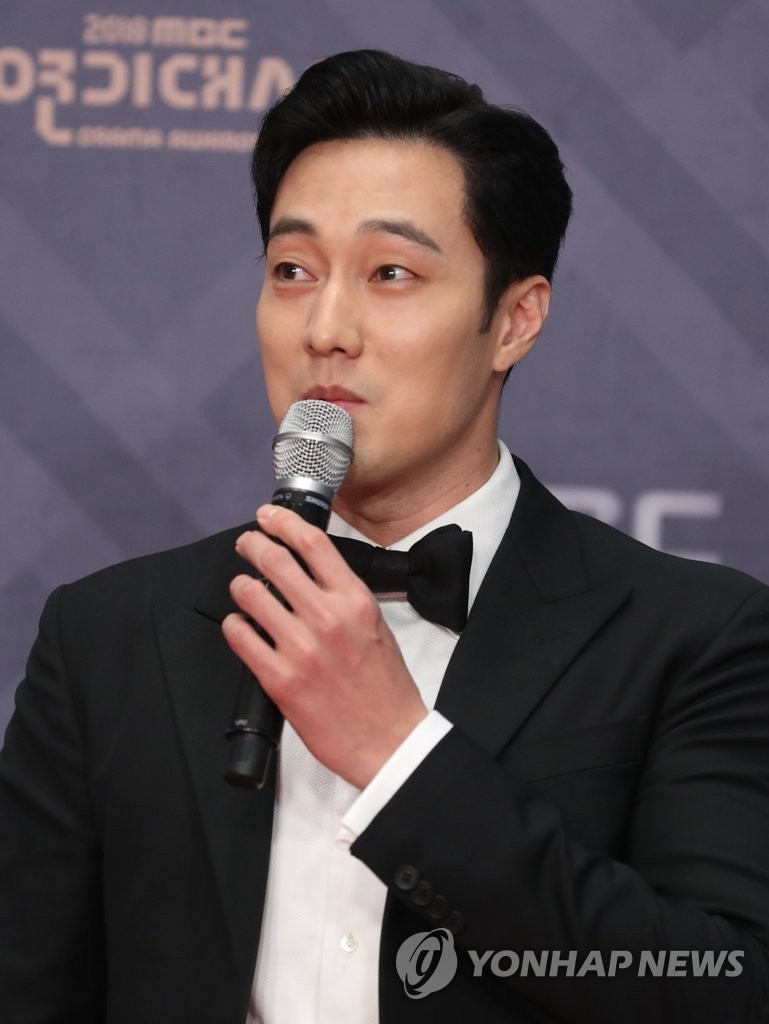 In MBC's "My Secret Terrius," So plays Kim Bon, a secret agent at the National Intelligent Service (NIS) who helps a woman living next door find the truth behind her husband's involvement in a mega conspiracy.

Appearing on the small screen for the first time in three years after "Oh My Venus" on KBS 2TV, So comically depicts the competent agent who becomes helpless around the children of the widower whom he gets romantically involved with.

The series was the best-performing drama piece of the year for MBC, claiming more than 10 percent of the total audience.

"I have been very happy and grateful, while I was shooting 'My Secret Terrius,'" So said as he lifted his trophy. "I learned a lot and got to sincerely respect all the actors and actresses who came before or after me."

In the same award events, the series was also selected as the best viewers-picked drama of the year, while So also took home the best male acting award. 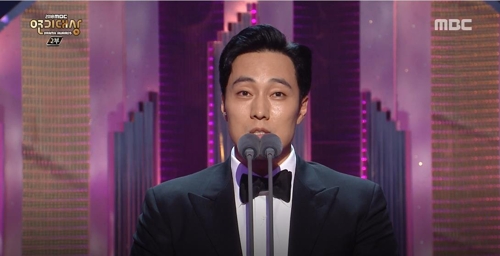