The latest DC superhero film from Warner Bros. dominated the weekend chart, drawing 821,693 admissions from Friday to Sunday, a decline of just 15 percent from its opening weekend of 966,307, according to data from the Korean Film Council (KOFIC) on Monday.

This brought the blockbuster, directed by James Wan and starring Jason Momoa, past 3.2 million admissions in South Korea. 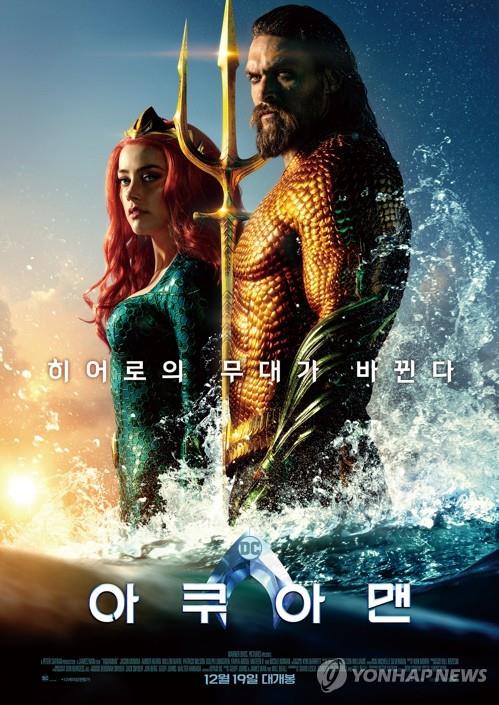 The local action movie tells the story of an elite mercenary force on a covert CIA operation to apprehend a high-profile North Korean official at an underground bunker about 30 meters beneath the surface in the Demilitarized Zone that separates the Koreas. The film has amassed more than 1 million views since it opened on Dec. 26.

"Bumblebee" landed in third place with 368,301 views. The Transformers prequel with Hailee Steinfeld broke the 1 million mark in attendance on Saturday, the fifth day of its run.

"Swing Kids" and "The Drug King," two of the big three new releases for the winter season along with "Aquaman," fell behind at an early stage of the race, taking the fifth and seventh posts, respectively.

The first movie, led by Do Kyung-soo, better known as D.O. of boy band EXO, follows a young North Korean soldier's journey that brings him into the world of American tap dance against the background of a U.S.-controlled camp for prisoners of war on the southern island of Geoje during the 1950-53 Korean War. It was directed by Kang Hyeong-cheol, best known for "Scandal Makers" (2008) and "Sunny" (2011). 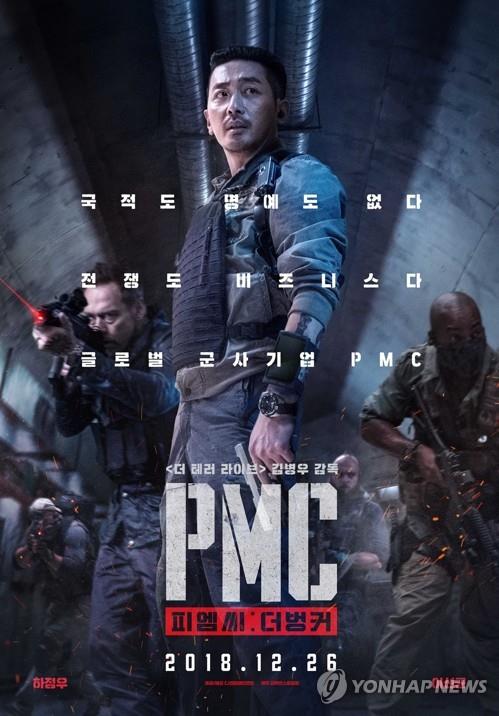