SEOUL, Dec. 31 (Yonhap) -- The Cabinet on Monday approved a revision of the Enforcement Decree of the Minimum Wage Act, which calls for including legally-mandated holiday hours, such as Sundays, in the calculation of minimum wage beginning in 2019. 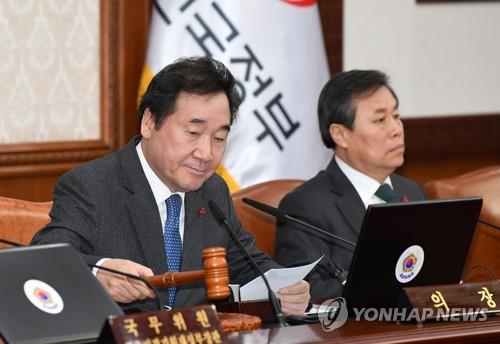 The Korea Federation of Micro Enterprise filed a formal complaint to the Constitutional Court in protest of the Cabinet approval of the minimum wage amendment.

"We express deep regret over the passage of the revision and we cannot contain our resentment," the federation said in a statement.

Prime Minister Lee Nak-yon told the Cabinet meeting that the revision of the minimum wage regulations won't put any additional financial burden on employers, as wages for legal holidays have already been enforced in the labor sector for a long period. 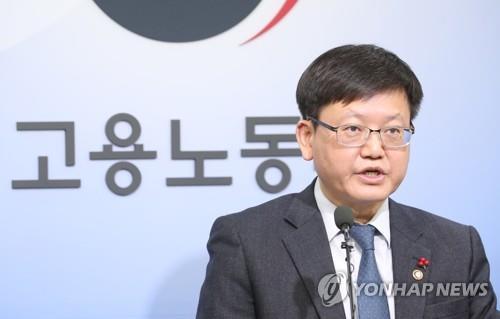 The Ministry of Employment and Labor also emphasized in a media briefing later in the day that the stipulation and inclusion of wages for legal holidays in the minimum wage calculations will never create any additional burden on employers.

"There are some misunderstanding over possible additional burdens. I repeat that the legal revision won't create any additional burdens for employers," Vice Minister of Employment and Labor Lim Seo-jung told reporters.

"(The wages for legal holidays) have been consistently implemented in the local industrial sites for the past 30 decades after the enforcement of the Minimum Wage Act," said Lim.

"There has been some confusion due to differences in the interpretations of the (legal holiday) rule between the Supreme Court and the labor ministry. The amendment of the minimum wage enforcement decree will eliminate all the confusions at the industrial sites," he said.

He said the government will make various efforts to lead as many small business owners as possible to pay legal holiday allowances, despite unfavorable economic conditions forecast for next year.