SEOUL, Jan. 1 (Yonhap) -- South Korea's Air Force Chief of Staff Gen. Lee Wang-keun has overseen a patrol mission in a show of his commitment to maintaining a solid defense posture in the New Year, his office said Tuesday.

Aboard an indigenous FA-50 fighter jet Monday, Lee commanded a fleet of seven warplanes, including an F-15K and a KF-16, as his armed service prepares to celebrate the 70th anniversary of its foundation this year.

The flight mission was also intended to mark the 100th anniversary of the country's March 1 independence movement and the establishment of Korea's provisional government in Shanghai during Japan's 1910-45 colonial rule.

"In the New Year, the Air Force will also do its utmost to fulfill its mission of defending the country's territorial air," Lee said after the flight.

A formation of three FA-50s flew over the country's administrative city of Sejong, 120 kilometers south of Seoul, after roaring past the Seohae Grand Bridge connecting the cities of Pyeongtaek and Dangjin.

It was then joined by a fleet of the service's bedrock fighters, an F-15K, KF-16, KF-5F and F-4E, before streaking over the Independence Hall of Korea in Cheonan, some 90 kilometers south of Seoul.

The country's Air Force was formed in October 1949 with no fighter jet. But it has evolved into one of the region's powerful services with some 700 fighter jets and 60,000 personnel. 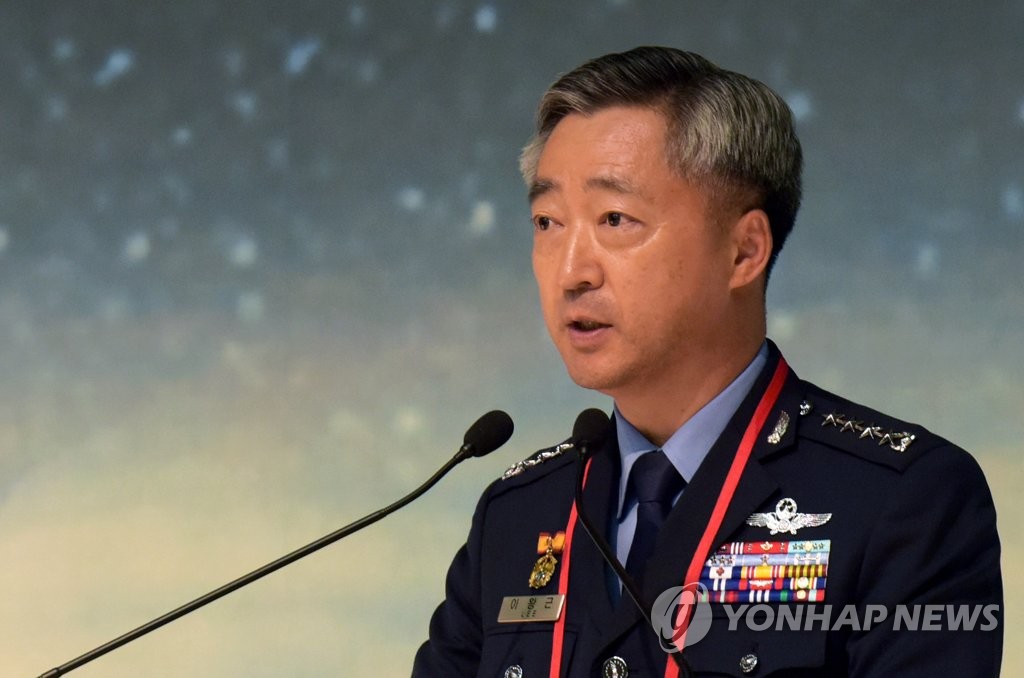