South Korea played to a scoreless draw with Saudi Arabia in a friendly match at Baniyas Stadium in Abu Dhabi, the United Arab Emirates, the host nation of the 2019 Asian Football Confederation (AFC) Asian Cup. In their last match in 2018, South Korea started with a back-three system for the first time under head coach Paulo Bento, who took over the helm in August.

South Korea have been sticking to a four-man defense, mainly fielding a 4-2-3-1 formation, in their last six matches. But against Saudi Arabia, Bento decided to use a 3-4-2-1 setup, apparently checking his side's "Plan B" for the Asian Cup.

"It was a decision to add diversity in our tactics, while maintaining our style of play," Bento said after the match. "Not only for the upcoming tournament, but I think it's a good thing to have various tactics in the long term." 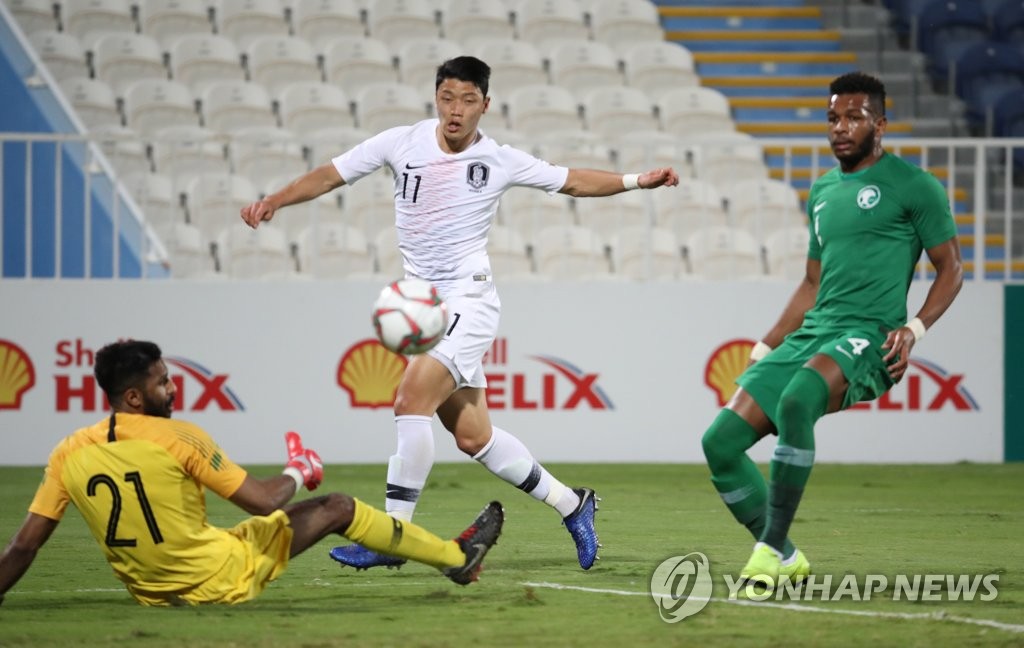 Bento formed his three-man defense with captain Kim Young-gwon, Kim Min-jae and Kwon Kyung-won, with Lee Yong playing as a right wing back.

The biggest surprise was use of Hwang Hee-chan. The Hamburger SV forward started as a left wing back ahead of Hong Chul and Kim Jin-soo, though he didn't operate like a typical defender.

Hwang Hee-chan moved more like a winger on the left flank, making forward runs frequently when South Korea were in possession of the ball. In the 13th minute, he almost opened the scoring for South Korea with his right-footed attempt in the box.

When the 22-year-old advanced to the attacking third, it was Kwon who covered space behind him. He was also helped by Jung Woo-young, who occupied center midfield with Ki Sung-yueng. 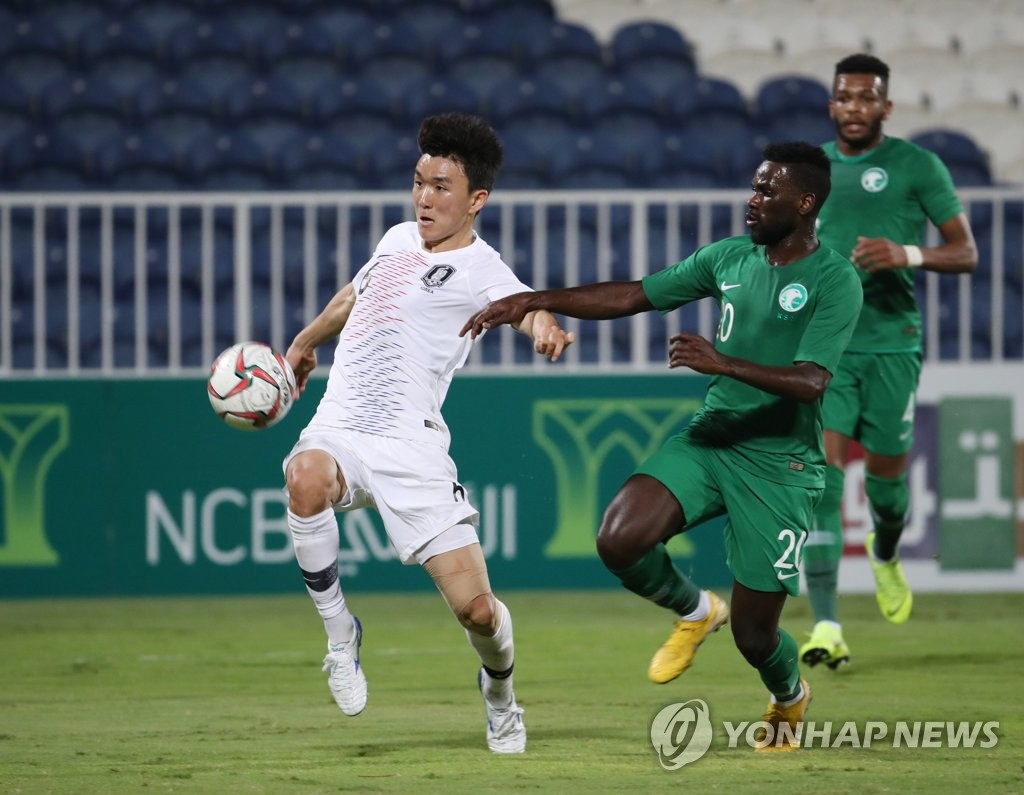 Without their attacking ace Son Heung-min, they were tasked to score goals, but South Korea's new lineup struggled to control the game in the first half. While Bento's side had difficulties in their buildup process from the back, Saudi Arabia effectively played the ball on the flanks, drawing four corner kicks in the first half, while South Korea had none.

South Korea changed their two starting attacking midfielders to start the second half. Lee Jae-sung and Koo Ja-cheol were substituted in for Hwang In-beom and Lee Chung-yong, respectively. And it was Lee who took over Hwang Hee-chan's role.

In the 60th, South Korea decided to add more versatility upfront by replacing Hwang Ui-jo for Ji Dong-won, a roving forward who plays with FC Augsburg. With Hwang Hee-chan moving to the right wing, he and Koo created goal scoring opportunities for South Korea in the second half.

With these changes, South Korea had more possession of the ball in the second half, while Saudi Arabia focused on counter attacking.

In the second half, Ki, who was mainly used as a deep-lying playmaker in previous matches, made more runs towards the box. His penetration drew a penalty in the 80th following a Hwang Hee-chan pass, but the Newcastle United man failed to convert the spot kick as his effort went wide of net.

The Taeguk Warriors ultimately learned that homework for their new lineup is to find more accuracy in their attacking process. After all, none of their shots were on target. 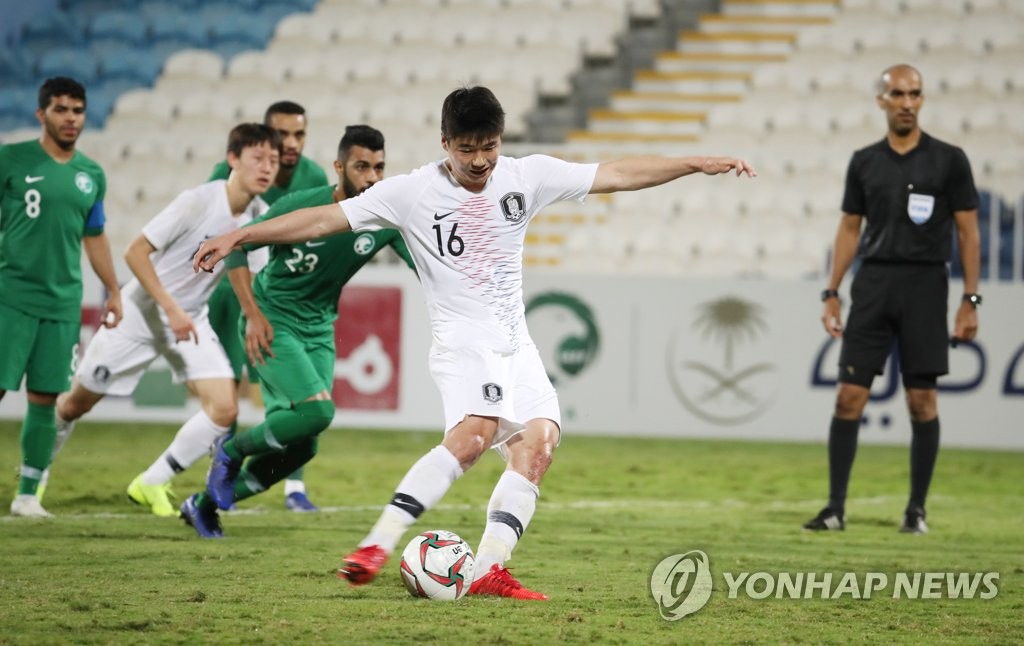 Although they failed to collect a win, Bento said his players understood the new tactic and executed well.

"It's true that we had difficulties in the first half adjusting to our new tactic, but in the second half, we got better," he said. "The reason why we executed the new tactic well is that our players are technically good and have very good grip on tactical changes."

The Portuguese head coach emphasized that whichever formation they use, it's important to keep their style of play.

"Even if we played without Son Heung-min and used other players, our style and principle of play will not change," he said. "In that perspective, I think we earned positive things from this friendly match."

South Korea, looking for their first continental crown since 1960, are in Group C at the Asian Cup with China, Kyrgyzstan and the Philippines. Their first match is against the Philippines next Monday. Bento said he will first let his players rest and make them fit for the opening match.

"We need some rest both mentally and physically," he said. "With the first match of the Asian Cup nearby, we will focus on polishing our tactics for the tournament." 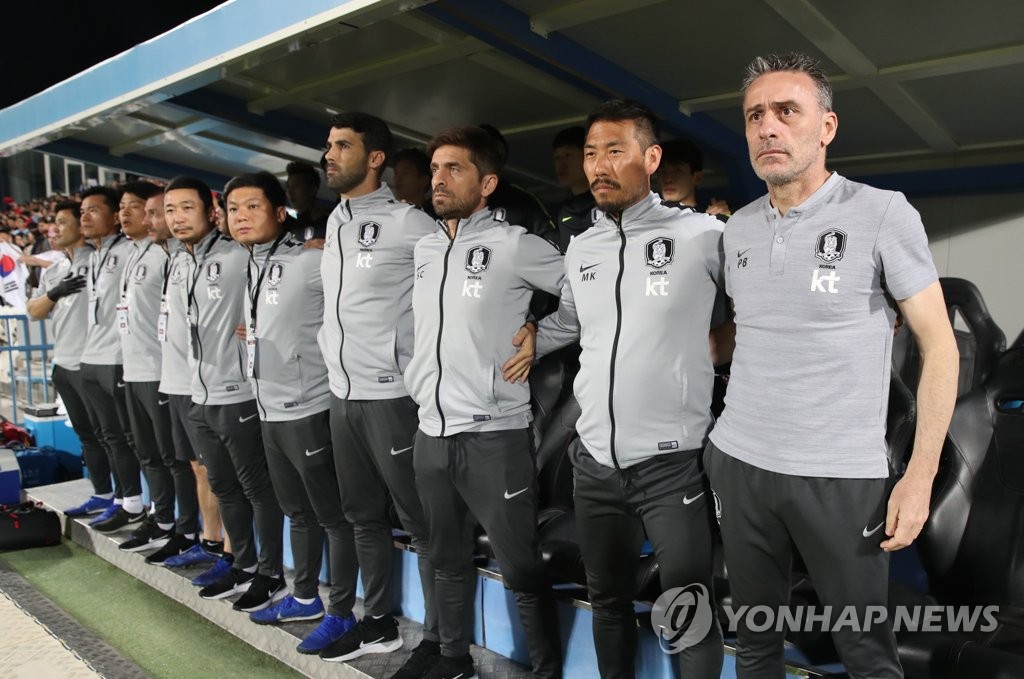