SEOUL, Jan. 1 (Yonhap) -- Unarmed border guards of the two Koreas will be able to walk across the Military Demarcation Line (MDL) starting as early as this month, as the South's defense authorities will step up efforts for the early implementation of a recent inter-Korean military accord on reducing tensions, a government official said Tuesday.

The two sides have already made the Joint Security Area (JSA) in the truce village of Panmunjom a weapons-free zone under the Sept. 19 agreement on a set of confidence-building measures.

That measure is a key outcome of summit talks between President Moon Jae-in and the North's leader Kim Jong-un last year.

The two Koreas and the United Nations Command agreed in principle to allow their security guards to move "freely" across the MDL. But they have yet to sign a joint document on new guidelines on relevant operations, including a surveillance system.

The official said South Korea's military is pushing for another round of consultations on the issue this month.

If a compromise is made, the envisioned measure can be implemented immediately, he added on the condition of anonymity.

The South also aims to launch a joint military committee with the North in the first half of 2019, as the two sides plan to begin the joint excavation of war remains in the Demilitarized Zone (DMZ) in April. 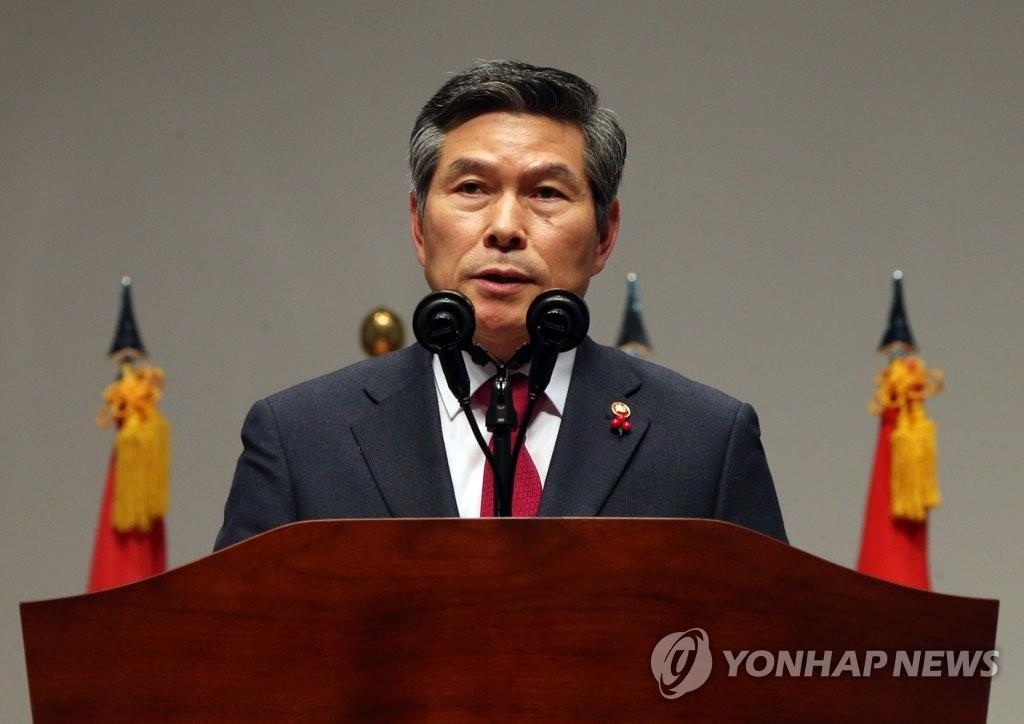 In his New Year's message, Defense Minister Jeong Kyeong-doo said that opening the way for a new peace, as well as defending the country, is the military's duty.

He stressed the need for the armed forces to help lay the "substantive foundation" for the easing of inter-Korean military tensions and confidence-building steps, while maintaining a watertight defense posture.

He added it's also important to improve South Korea's own defense capabilities to prepare for the transition of wartime operational control of its own troops from the United States.