In an interview with Yonhap News Agency, Chung, president of the Korea Football Association (KFA), said he wants to see the Taeguk Warriors lift the champions' trophy at the Asian Football Confederation (AFC) Asian Cup for the first time in 59 years. South Korea are in Group C with China, Kyrgyzstan and the Philippines at the 24-team tournament that kicks off on Saturday in the United Arab Emirates.

"South Korea have been recognized as one of the best teams in Asia, but it feels strange that we have not won the Asian Cup for 59 years," Chung said. "The men's national team gave us a new hope last year and I hope it can open the new year brilliantly through the Asian Cup." 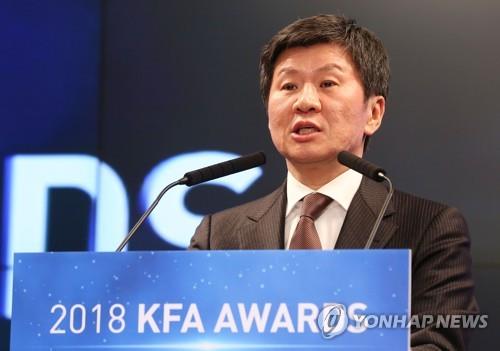 South Korea suffered a group stage exit at the 2018 FIFA World Cup despite a win against defending champions Germany. Looking for a fresh start, the KFA hired Paulo Bento as the new men's head coach in August. Under Bento, a Portuguese national, South Korea have not suffered a defeat, collecting three wins and four draws.

Chung said he has big expectations of Bento, who is contracted through the 2022 FIFA World Cup in Qatar, should South Korea qualify for the tournament.

"I got a strong impression of Bento," he said. "He has clear vision and philosophy and I really felt he has passion and desire for his job."

Chung, who has been managing the KFA since 2013, said although there will be variables to overcome on South Korea's road to the Asian Cup victory, he believes Bento can deliver success. 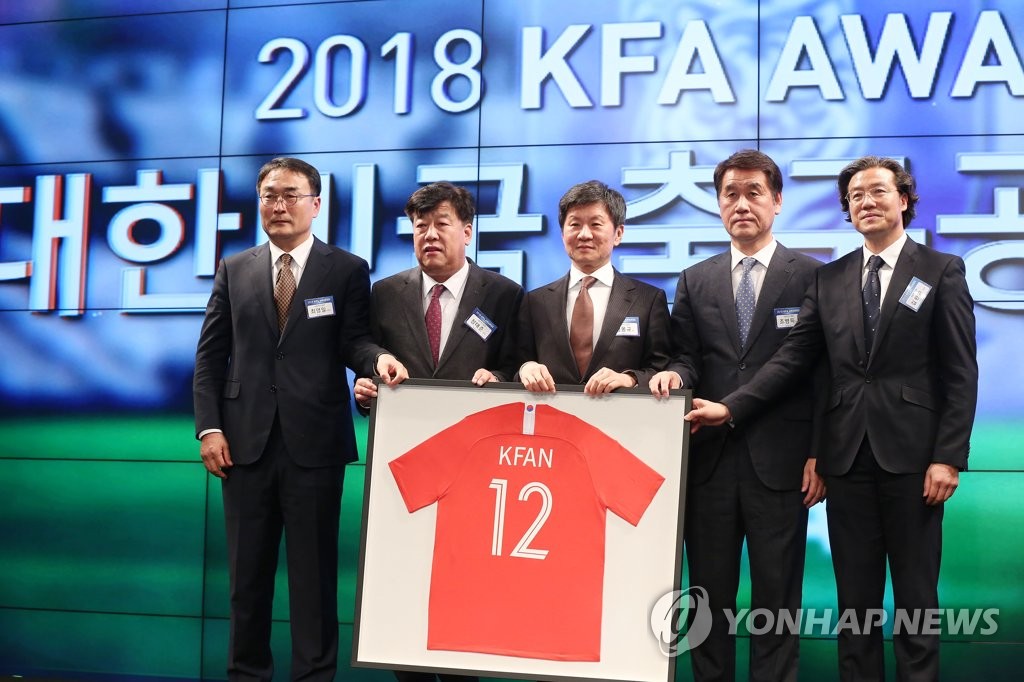 On the women's side, South Korea will compete at the FIFA Women's World Cup this year. The Taeguk Ladies will play the opening match of the tournament with the hosts France on June 7 and later face Norway and Nigeria later in their group stage campaign.

Chung said he hopes South Korea can reach the quarterfinals there.

"We lost to France in the round of 16 at the 2015 Women's World Cup in Canada, but this time, I hope we can play a good game," he said. "We're planning to host friendly matches at home before the women's team departs for the World Cup. I think it will give more motivation to the players and attract fans' attention."

South Korea will also compete at the FIFA U-20 World Cup in Poland in May and FIFA U-17 World Cup in Peru in October. For both competitions, Chung said he hopes that young football players can show their talent without regrets.

"I hope we can reach the quarterfinals in both competitions, but what I really want to see is our players competing with confidence."

While supporting national teams is important, Chung, who is a FIFA Council member, said the KFA will continue to pursue its bid to host the 2023 Asian Cup. The host nation of that tournament will be decided at the AFC Congress later this year.

"We're currently competing against China for the hosting of 2023 Asian Cup, and it's not easy to predict our win," he said. "I think there is a 50-50 chance that we can win the bid." 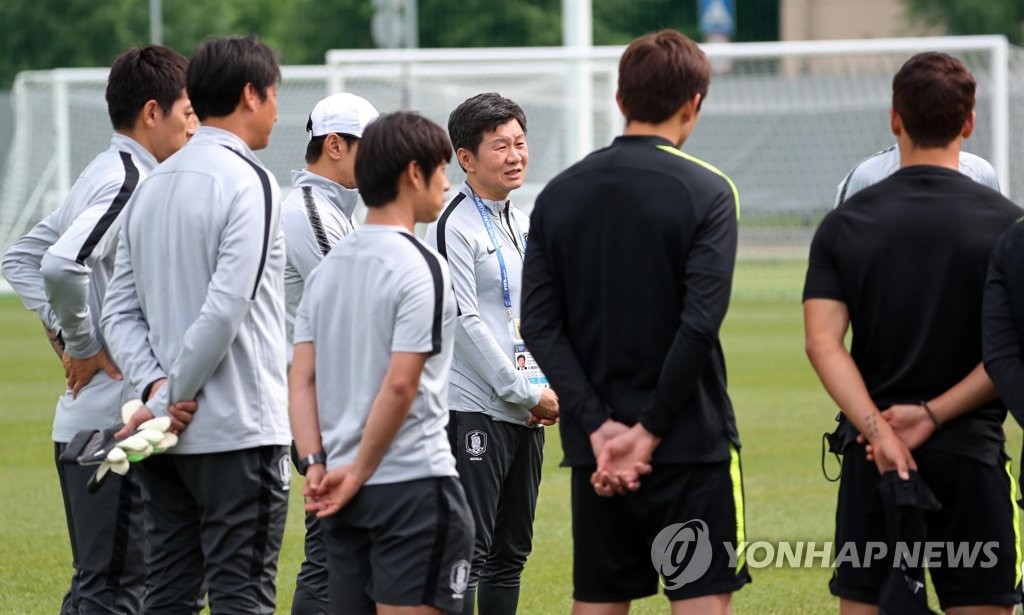 Chung, who is also an AFC vice president, said the KFA will also keep trying to persuade South Korea's East Asian neighbors to co-host the 2030 World Cup. The 56-year-old has been asking China, Japan and North Korea to stage football's showpiece event together for development of the sport and regional peace.

"The 2026 World Cup will be co-hosted by the United States, Mexico and Canada, and it's becoming difficult for one nation to host the World Cup because we are going to see an expansion of the tournament," he said. "I think the two Koreas should join forces and persuade the other two nations. I think it's worth a try."

Chung said the KFA will focus on making exchanges with North Korea, although he thinks it's difficult to form a unified Korean team with North Koreans. Chung, chairman of construction giant Hyundai Development Co., is also the chief of the Federation of Korean Industries (FKI)'s special committee on inter-Korean exchanges.

"It's not easy to pursue a unified team with North Korea right away because some fans are opposed to the idea and some players and coaching staff do feel pressure about it," he said. "However, I think it's good to have more activities together, like joint training and friendly matches." 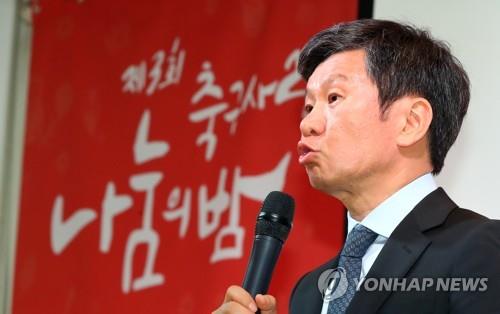 "The K League 1 and the K League 2 are operating with the promotion and relegation format, but we also need that system in lower divisions," he said. "It's important to establish the third and fourth divisions, so we're talking with league operators."

Chung said the KFA will also increase its support in youth football and will speed up its project to build the new football center.

"We're planning to host football festivals for children from this year," he said. "For the building of the new national football center, we're looking for a location with good conditions."