SEOUL, Jan. 2 (Yonhap) -- Chungha barely made it into the top 40 of the 101 K-pop idol wannabes who competed in the 2016 Mnet talent competition reality show "Produce 101" when the result of the show's first round was announced.

By the show's end, however, she was ranked fourth best of the show's final 11 winners who went on to formally debut as girl band I.O.I the same year.

Chungha proved herself again on the K-pop scene when she became the first of the 11 I.O.I members to debut as a solo singer in mid-2017 following the girl group's disbanding earlier that year.

Since then, the past year and a half have been a dream come true story for Chungha, who has made solid hits out of all three of her releases.

This year, she is heading toward another milestone in her K-pop career with her new single, "Gotta Go" -- or "Already Midnight" in Korean -- set to be officially released Wednesday evening. 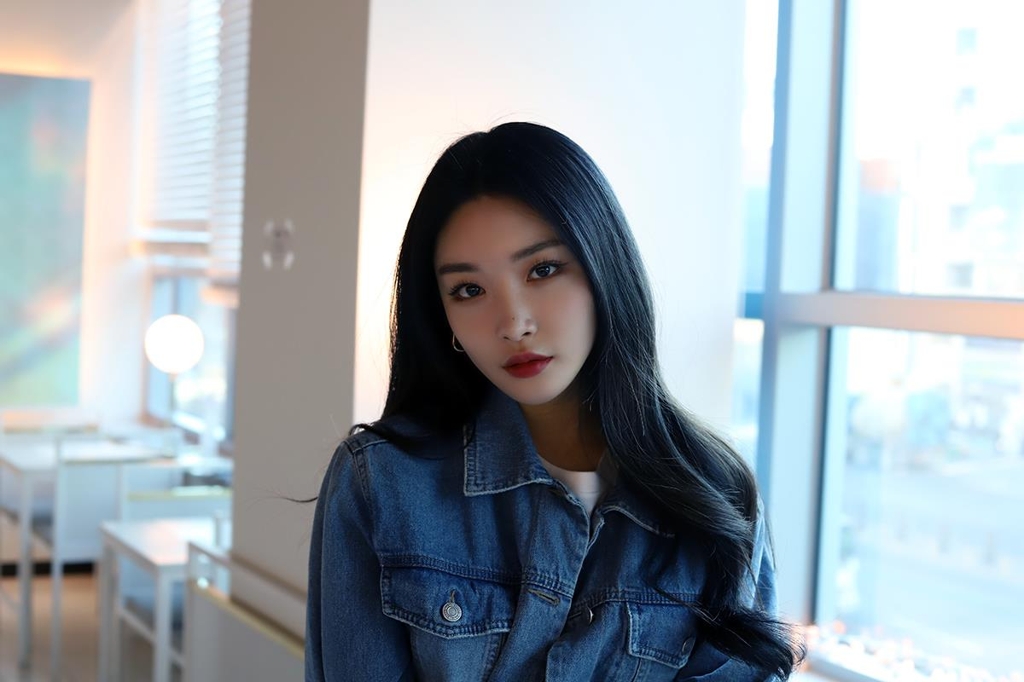 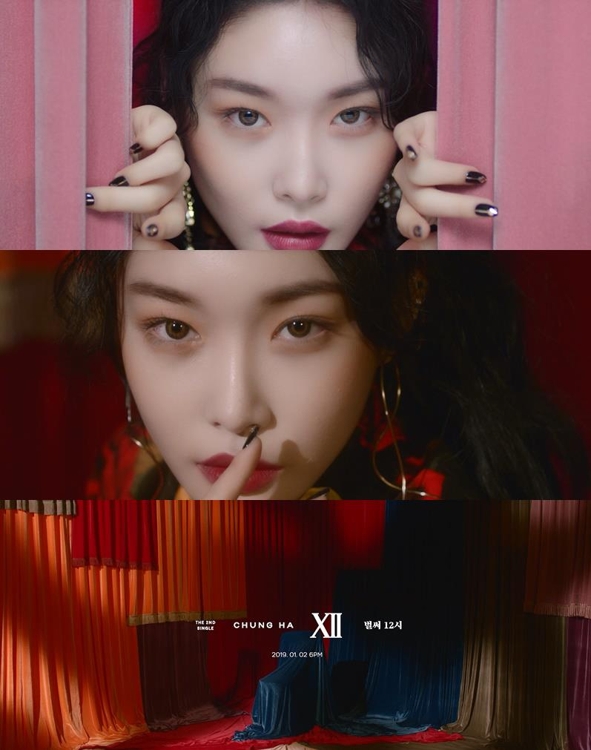 "The song has addictive flute sounds and provocative lyrics that honestly express one's innermost feelings," Chungha said in an interview with Yonhap News and other news media last week.

"With my previous songs, including 'Why Don't You Know' and 'Love U,' I tried to look lovely and refreshing. But with my latest number, I strove to bring out the deep and dark sides of my voice to match the lyrics."

"To compare using colors, I have been pink so far, but this release will bring the hue to deep violet or red," Chungha said.

The transformation will also figure prominently in the choreography of the new song. "Whereas the previous choreographies often dealt with arm movements, this time (the focus) will be on leg moves to give a calmer appearance," she said.

Nearly two years since the breakup of I.O.I, the girl band remains a large part of Chungha. "I keep in touch with (former) I.O.I members almost daily," she said, adding that her ex-bandmates reacted enthusiastically to her upcoming single.

Asked if she prefers working alone or in a band, Chungha said, "I am not sure. I think I am half into solo and half into group work.

"It was very entertaining to work in I.O.I, but I have a lot more room to shine and show my own colors when I work solo," she said.

The pressure of needing a good chart performance she felt when she started out on her solo career has now eased somewhat, but Chungha still feels pressed to come up with something new every time.

"It is something of a shame that my songs, except for 'Week,' have stories that are far from my own," she said in reference to her future plans.

"If I have a chance in 2019, I will take up the challenge of writing my own story into a song," Chungha said. "The story will either be about my (determination) to brush aside (my past) and go on or about mom, with whom I endured difficult times."

Asked about her New Year resolutions, Chungha said she plans to release more music than last year to please and entertain her fans all year round. 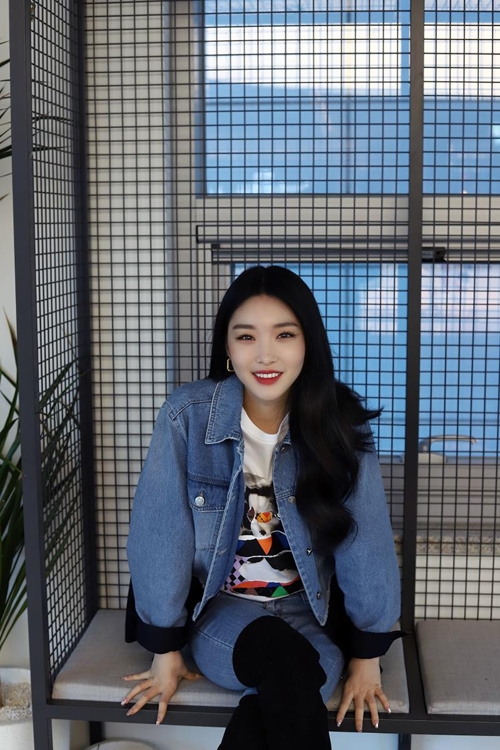