In his televised New Year speech early on Tuesday, North Korean leader Kim Jong-un said he is willing to reopen the Kaesong complex and restart South Korean tours to Mount Kumgang on the North's east coast "without any preconditions."

"As the resumption of operations at the Kaesong industrial park has nothing to do with sanctions against the North, we strongly urge the government to immediately allow companies (with halted operations in Kaesong) to visit to the complex," Shin Han-yong, chairman of an association that speaks for 123 South Korean firms that ran businesses in Kaesong, said over the phone.

Seoul shut down the complex in February 2016 in response to a series of the North's nuclear and missile tests.

In the speech, Kim said he hopes to have his second summit with U.S. President Donald Trump this year to generate an outcome that will hailed by the international community. But he also warned the North could consider a change of tack if the U.S. sticks to sanctions and pressure on it. 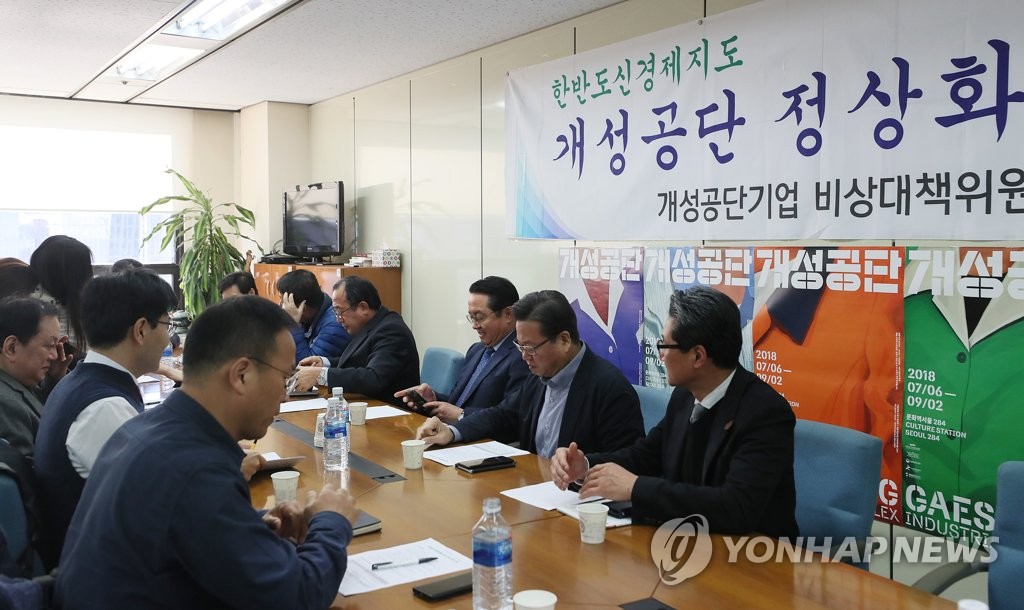