Son, who poured in six goals in December, has now recorded either a goal or an assist in five consecutive matches. He has scored eight goals in the Premier League and 11 in all competitions so far this season, along with five assists in the league and six helpers in all matches. 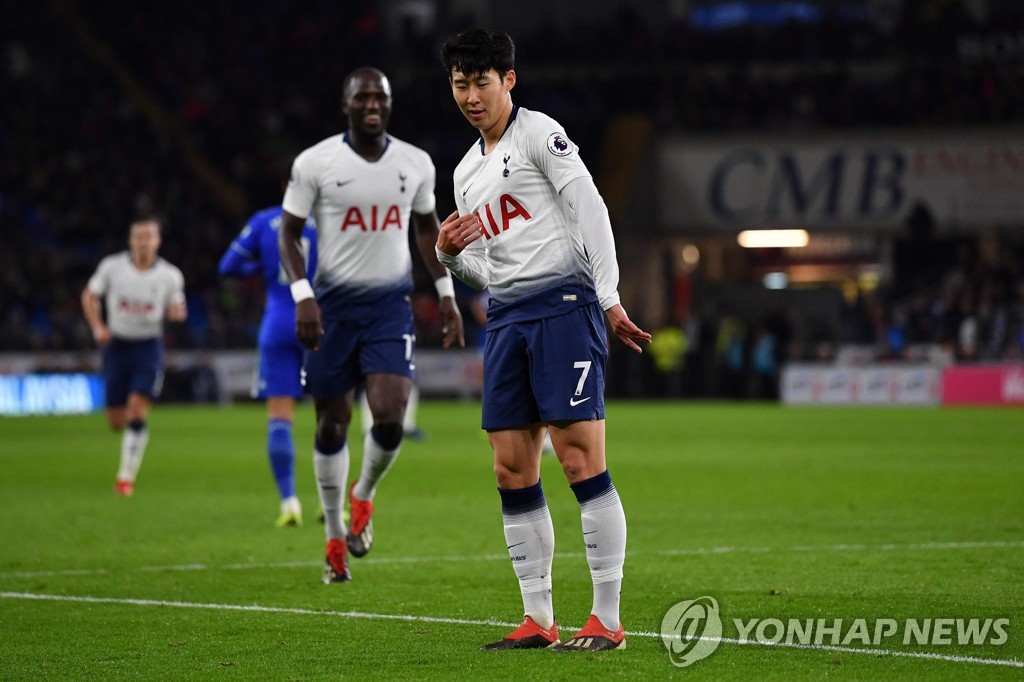 Son was credited with an assist on Christian Eriksen's goal in the 12th minute that made it 2-0 for the Spurs. Son then scored one himself 14 minutes later, converting a Harry Kane pass for a 3-0 cushion.

With his club leading comfortably, Son was taken out of the match in the 76th minute for Oliver Skipp.

The victory lifted the Spurs to second place in the Premier League with 48 points after 21 matches, one ahead of Manchester City, which have played 20 matches so far. Undefeated Liverpool stayed at the top with 54 points from 17 wins and three draws.

Son's hot form is a boon for the South Korean national team preparing for the Asian Football Confederation (AFC) Asian Cup in the United Arab Emirates.

The tournament kicks off Saturday, and South Korea, paired in Group C with the Philippines, Kyrgyzstan and China, will play their first match next Monday.

Son is only scheduled to join the national team on Jan. 14. Under a prior agreement with the Korea Football Association (KFA), the Spurs made Son available for the Asian Games in August in Indonesia, in exchange for keeping him in the Premier League for a pair of November friendly matches and the first two Asian Cup matches.

Without Son, South Korea failed to put a shot on net in an uninspiring 0-0 draw with Saudi Arabia in their final tuneup match on New Year's Eve in Abu Dhabi. 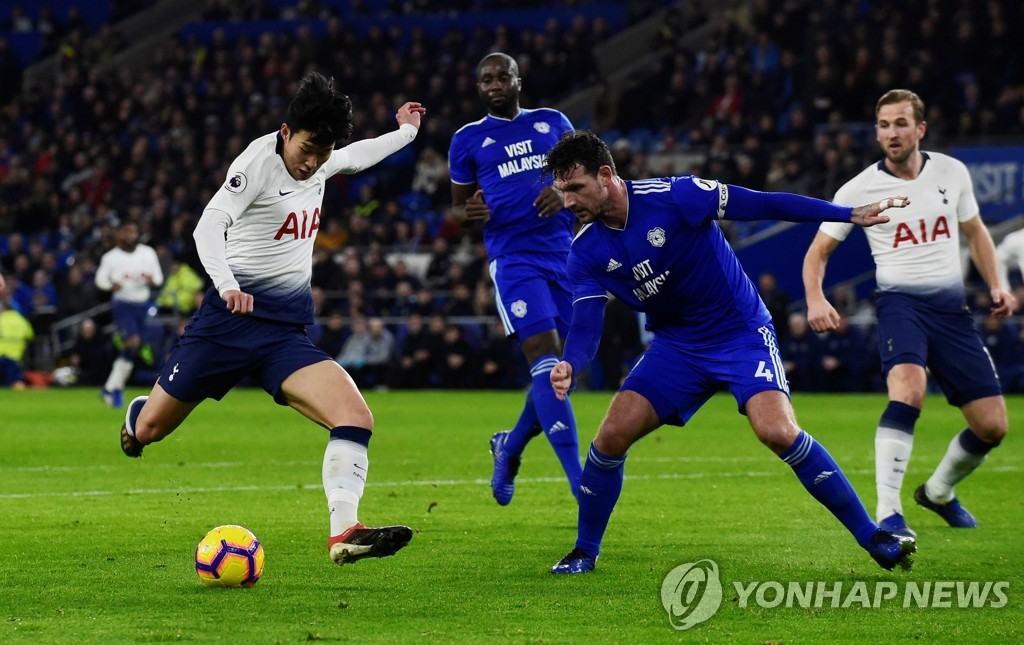