SEOUL, Jan. 2 (Yonhap) -- Hyundai Motor Co. and its affiliate Kia Motors Corp. said Wednesday they aim to sell 7.6 million vehicles this year by reviving sales in major markets, such as the United States and China.

In 2019, Hyundai and Kia, which together form the world's fifth-biggest carmaker by sales, will strive to sell 4.68 million vehicles and 2.92 million units, respectively, in global markets, the companies said in separate regulatory filings.

They are widely expected to fail to achieve their combined sales target of 7.55 million units for the whole of 2018 due to sluggish sales in the U.S. and China. They sold 6.75 million autos from January to November, with December figures due to be released later Wednesday.

To drive up sales, Hyundai Motor Group said it plans to launch 13 new models in the U.S., China and other emerging markets.

"We are planning to launch the luxury Genesis models in China (later this year) and then in Europe. And we are beefing up our sport utility vehicle lineup to strengthen our global brand awareness," the group's Executive Vice Chairman Chung Eui-sun said in a speech for the new year to employees.

Chung cited the slowing global economy and the spread of protectionism in major trading partner countries as major challenges in 2019.

To achieve growth amid such uncertainties and tougher competition with rivals, Hyundai Motor Group is targeting to develop 44 hybrid, all-electric and hydrogen fuel cell electric models by 2025 and aims to sell 1.67 million units of the models in the same year, he said. 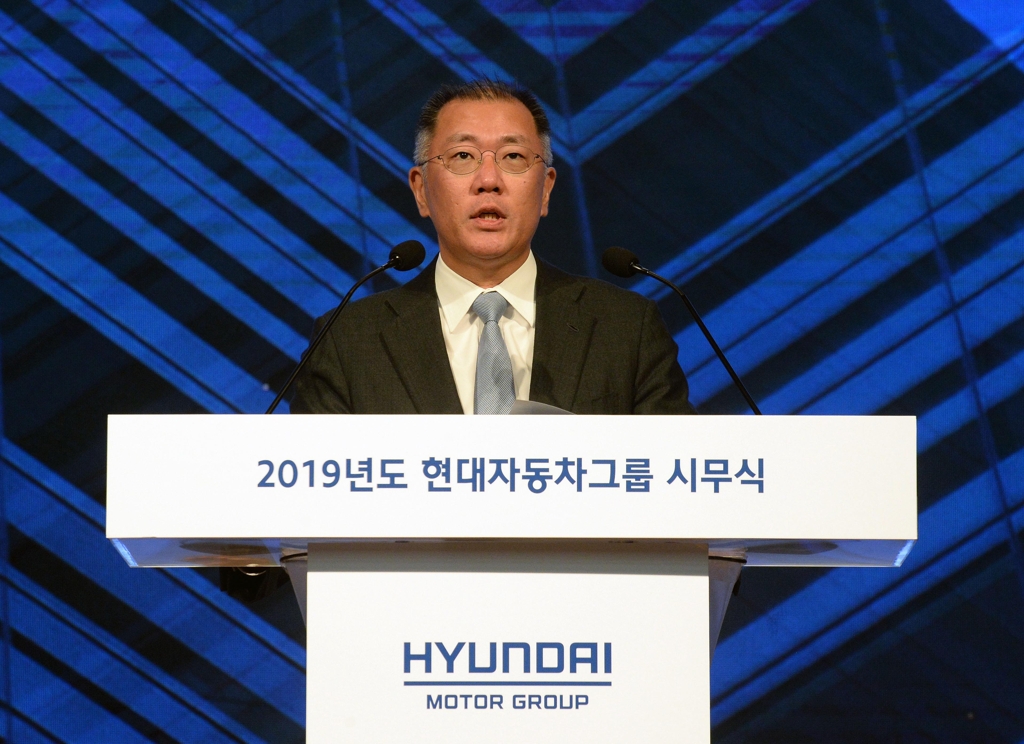