The increase matches the country's consumer inflation rate recorded last year and translates into a gain of 5,970 won (US$5.34) per month.

Starting in January, the monthly state pension payout will amount to slightly over 404,000 won, according to the welfare ministry officials.

The number of national pension recipients stood at 4.51 million as of the end of September last year.

Payouts from the national pension scheme, introduced in 1988, go up in step with the country's consumer inflation rate each year. The feature makes it more beneficial than subscriptions with private institutions, which don't mirror inflation in their payments.

In December, the National Assembly passed a revision bill to the state pension act to change the month of inflation adjustment to January from April. 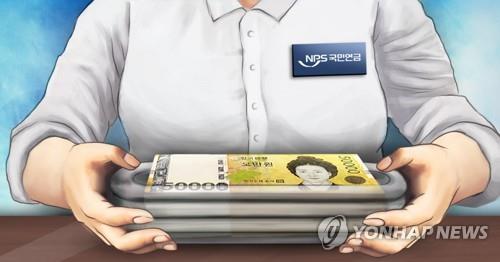