SEOUL, Jan. 2 (Yonhap) -- An appellate court has ruled that it is not illegal to dismiss a labor union head of a public corporation for intervening in the distribution of its performance-based pay, court officials said Wednesday.

Upholding an earlier ruling by a lower court, the Seoul High Court said that the Korea Land and Geospatial Information Corp.'s dismissal of its union leader in 2016 for his unilateral redistribution of the company's incentive payments among unionized employees was lawful.

The union leader, identified only as Cha, was accused by the Jeonju-based corporation of collecting parts of performance bonuses from employees who were ranked higher in performance assessment and paid more money and redistributing them among lower-ranked employees. 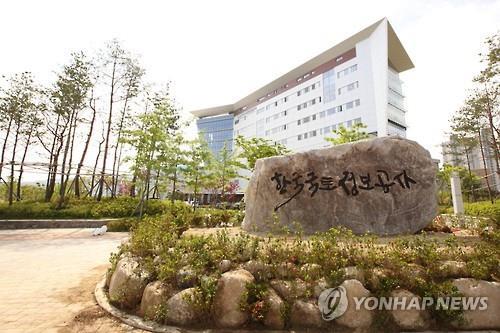 The company dismissed Cha citing his violation of company regulations, but the state-run Central Labor Relations Committee and its chapter in Jeonju ruled later that the dismissal decision was unfair.

The company then launched a litigation, asking the court to make the final ruling.

"The Korea Land and Geospatial Information Corp.'s performance-based pay system was introduced to improve corporate productivity and efficiency through employee motivation. Redistribution of the performance bonuses can make the system meaningless and violate the legitimate exercise of management rights," said the Seoul High Court in its ruling.

Court rules against equal redistribution of incentive bonuses among employees

Court rules against equal redistribution of incentive bonuses among employees