SEOUL, Jan. 2 (Yonhap) -- President Moon Jae-in offered an apparent apology on Wednesday over economic difficulties believed to have been caused by his reform drive but said such difficulties had been expected as part of the change necessary to ensure the future of the country and its economy.

"We are well aware of the fact that development can be sustained and happiness in our daily lives can be ensured when each and every one of our entire population enjoys the benefits of economic growth," the president said in a special meeting with top business leaders to mark the start of the new year.

"But that requires changing the foundation and framework of our economic policy. It cannot but take time and stir up debates," the president said during the meeting at the Seoul headquarters of the Korea Federation of Small and Medium-sized Enterprises (SMEs). The meeting was attended by some 300 government officials and top business leaders. 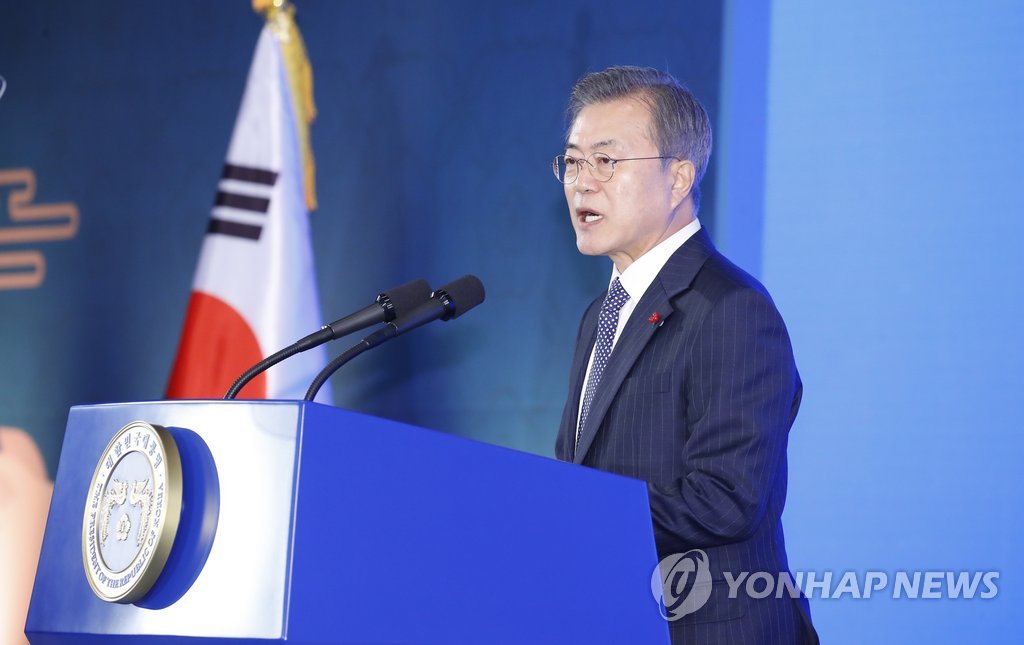 The president noted that the country's economy was doing better than ever, with its overall exports breaching the US$600 billion mark for the first time in its history last year.

South Korea has also become the world's seventh nation ever to have more than 50 million in population and $30,000 in per capita income, the president noted.

"But now we are facing a serious challenge. With our growth rate dwindling under every former government, low growth has now become a norm. We have come to be better off, but the time when we will all be better off is still far away," the president said.

Moon's remarks follow heated debates over the speed of minimum wage hikes, which is blamed by many for a downturn they say may have partly been sparked by a 16.4 percent on-year spike in 2018.

"It may not be easy because we are walking a path that has never been walked. There may be areas the government too has failed to predict or foresee. But this path that will change our economy is one that must be covered," the president said.

Still, the president hinted at slowing the rate of change.

"The year 2018 was when we set the direction of our policy and created an institutional framework to change the very framework of our economy and society. In 2019, we will do our utmost to make sure the people may sense the outcome of such policies," he said. 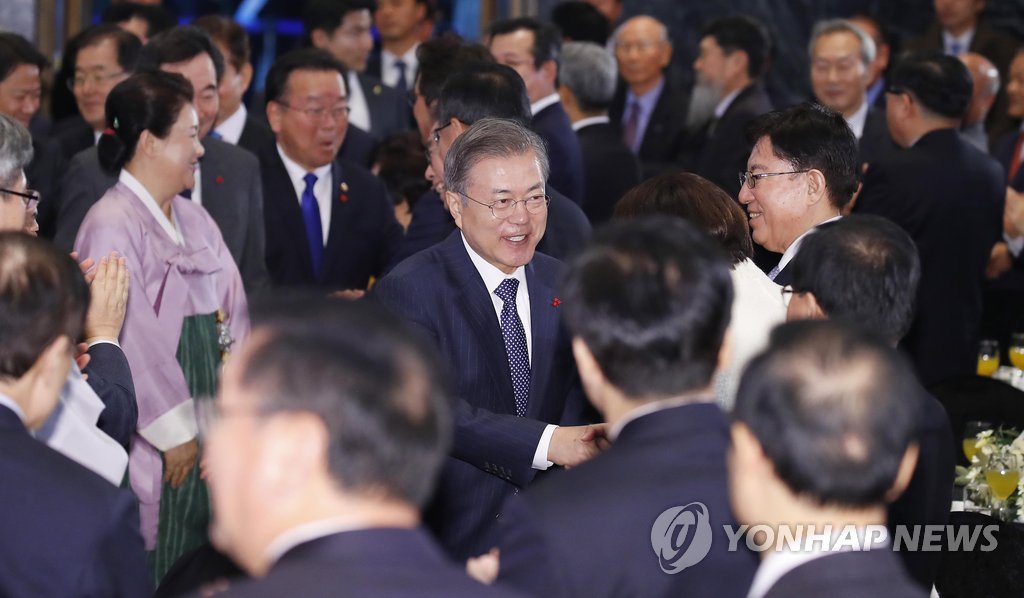 "We will work to create a favorable environment for companies to invest. Economic development and new jobs at the end come from corporate investment. Businesses too cannot grow without continuous innovation and investment. The government will help so companies can actively invest," he said.

The president also vowed efforts to solidify peace on the Korean Peninsula.

"Over the past year, we tasted how many new hopes peace can create. But the peace that we enjoy now is still temporary. The government will do its best so the stream of peace will become a big, irreversible wave in the new year," he said.