SEOUL, Jan. 2 (Yonhap) -- South Korea are considered to be one of the best football powerhouses in Asia, having competed at the FIFA World Cup nine consecutive times starting in 1986, but when it comes to winning a continental title, they have not lived up to their reputation.

The Taeguk Warriors won the first two editions of the Asian Football Confederation (AFC) Asian Cup, in 1956 and 1960, but they have not lifted the trophy since. After 1960, South Korea took four runners-up and four third-place finishes.

South Korea will try to end that 59-year continental title drought this year when the 17th edition of the Asian Cup kicks off in the United Arab Emirates (UAE) on Saturday. 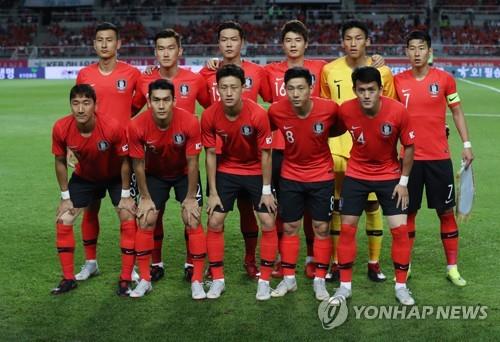 South Korea are in Group C with China, Kyrgyzstan and the Philippines at the 2019 Asian Cup. They will play against the Philippines in Dubai on Monday to start the tournament and face Kyrgyzstan in Al Ain on Jan. 11. South Korea will then meet China on Jan. 16 in Abu Dhabi to close their group stage schedule.

The 2019 Asian Cup was expanded to 24 teams from the previous format of 16 teams. They are divided into six groups of four teams. The top two teams and the four best third-place teams in each group will advance to the knockout stage.

South Korea had an opportunity to end the drought in 2015 when they reached the final under then head coach Uli Stielike. But they fell 2-1 to the tournament hosts Australia 2-1 in extra time.

The 2019 Asian Cup will be Bento's first major competition with South Korea. He is contracted through the 2022 World Cup, should South Korea qualify for football's showpiece event. 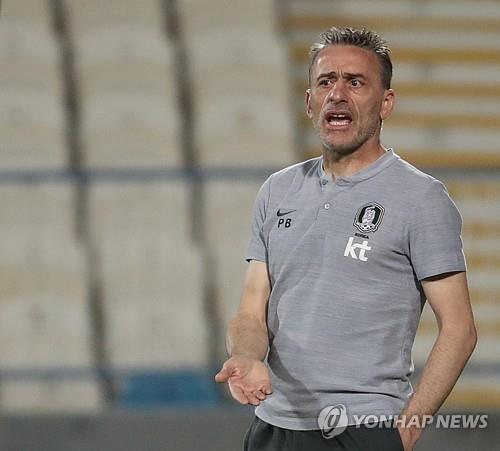 Under Bento, South Korea are on a seven-game undefeated run. Against Asian opponents, South Korea collected one win and two draws in friendly matches. They beat Uzbekistan 4-0 but played to a 1-1 draw with the defending Asian Cup champions Australia and had a 0-0 draw with Saudi Arabia.

Bento's 23-man squad comprises players who have been showing good performances in recently friendly matches. The only exception will be left back Kim Jin-soo, who has yet to play a single competitive match under Bento.

South Korea lost some key players ahead of the tournament. Attacking midfielder Nam Tae-hee was ruled out due to a torn ACL in his right knee, while center back Jang Hyun-soo was slapped with a lifetime ban from the national team by the Korea Football Association (KFA) after he was found to have doctored his community service records.

However, Bento's side appears to have found replacements for the two players and is ready to display their style of football, which emphasizes buildup from the back and quick transitions. 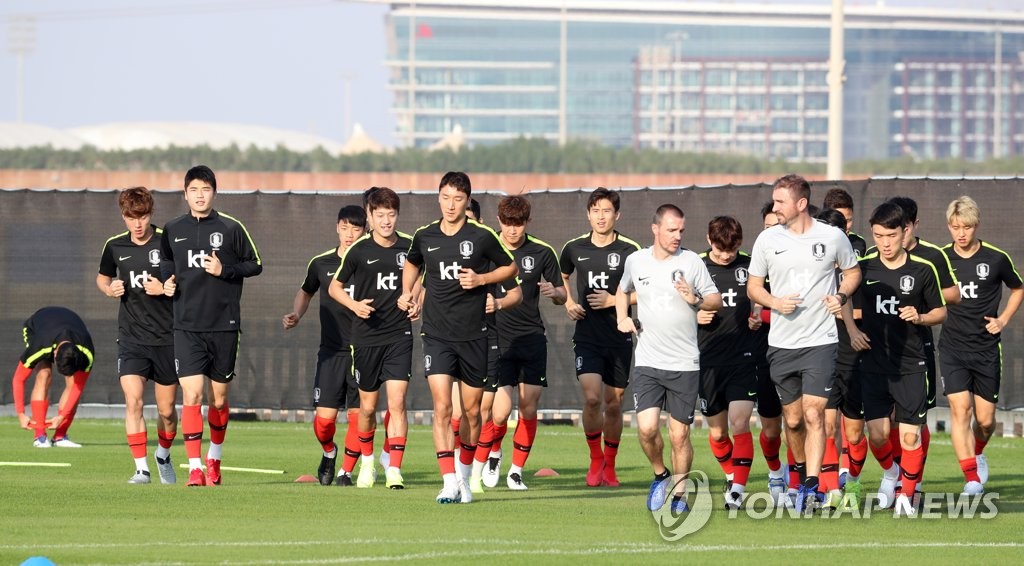 Bento's South Korea have been mainly using a 4-2-3-1 formation as their basic system, although their latest friendly against Saudi Arabia started with an experimental 3-4-3 setup.

Bento is likely to form his four-man defense with right back Lee Yong, left back Hong Chul, and center backs Kim Young-gwon and Kim Min-jae. Lee and Kim Young-gwon are the only two players who have started in all seven matches under Bento.

Bento decided to bring back the same three goalkeepers who went to Russia for the 2018 World Cup. Jo Hyeon-woo was the No. 1 custodian for South Korea at the World Cup, but under Bento, Kim Seung-gyu led his competitors by starting four of the seven matches.

In the midfield, Newcastle United's Ki Sung-yueng, who is the most experienced player on the roster with 109 caps, will be the main man. He will occupy the center with Jung Woo-young, who has been playing alongside Spanish greats Xavi Hernandez and Gabi Fernandez at Qatari side Al Sadd.

South Korea's target man will be Hwang Ui-jo, the 2018 KFA Player of the Year who has notched three goals under Bento, the most on the team. The Gamba Osaka striker was also the top scorer at the 18th Asian Games in Indonesia with nine goals in seven matches. 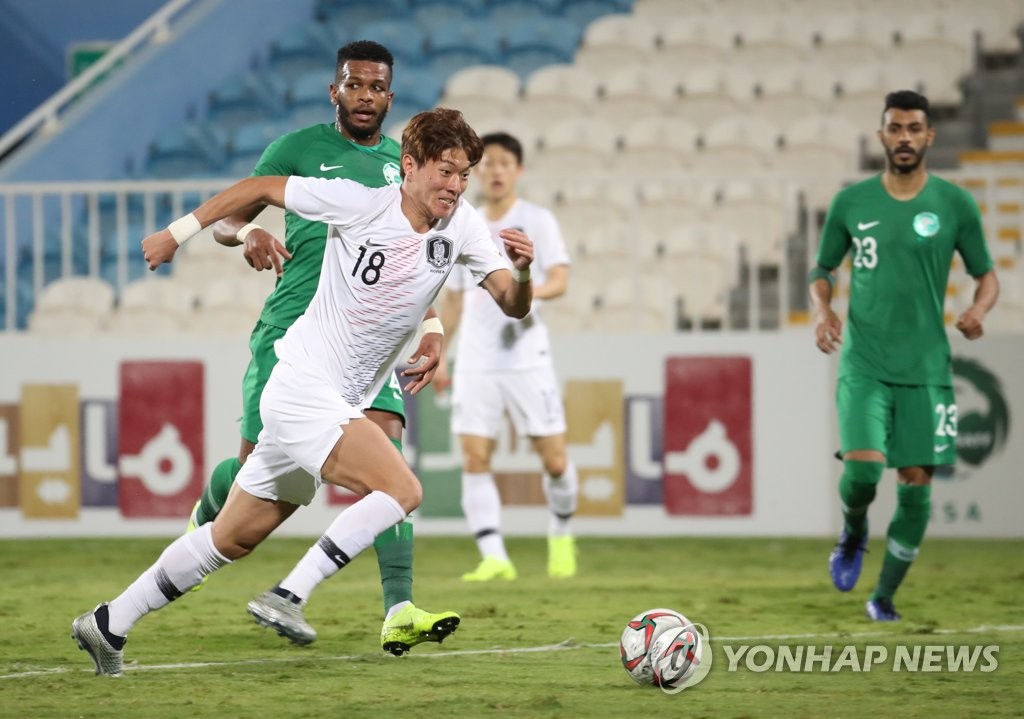 South Korea will rely on attackers who play in Germany. Ji Dong-won, Lee Jae-sung, Lee Chung-yong and Hwang Hee-chan can all contribute to the offense with their versatility and skills. The 2011 Asian Cup top scorer Koo Ja-cheol, an attacking midfielder with FC Augsburg, and Daejeon Citizen's rising star Hwang In-beom are also available to facilitate South Korea's attack.

Then there is South Korea's attacking ace Son Heung-min, who has been displaying a red-hot form with Tottenham Hotspur in the English Premier League.

Son is obviously the biggest weapon for South Korea, but he will not be available for the first two group stage matches at the tournament. Tottenham and the KFA previously had an agreement not to release Son early in exchange for the player's participation at the Asian Games in Indonesia, where South Korea eventually won a gold medal. 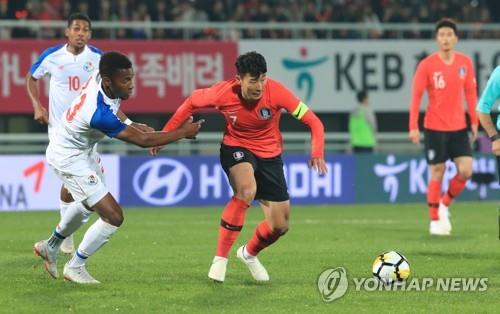 South Korea, ranked 53rd in the latest FIFA rankings, fourth highest among AFC members, will likely need to win the group to avoid tough opponents early in the knockout stage. The top team in Group C will face a best third-place team from Group A, B or F in the round of 16.

South Korea will have to brace themselves for penalty shootouts in the knockout stage. In 2007 and 2011, South Korea lost to Iraq and Japan in the semifinals by penalties, respectively.