SEOUL, Jan. 2 (Yonhap) -- The risk of a global economic recession is growing in the face of long-drawn trade tensions between the United States and China and tightening monetary conditions around the world, South Korea's top financial regulator said Wednesday.

Choi Jong-ku, chairman of the Financial Services Commission (FSC), made the remarks at a meeting to mark the local stock market's first trading session of this year.

"Around the world, concerns about an economic recession are growing," Choi told the meeting. 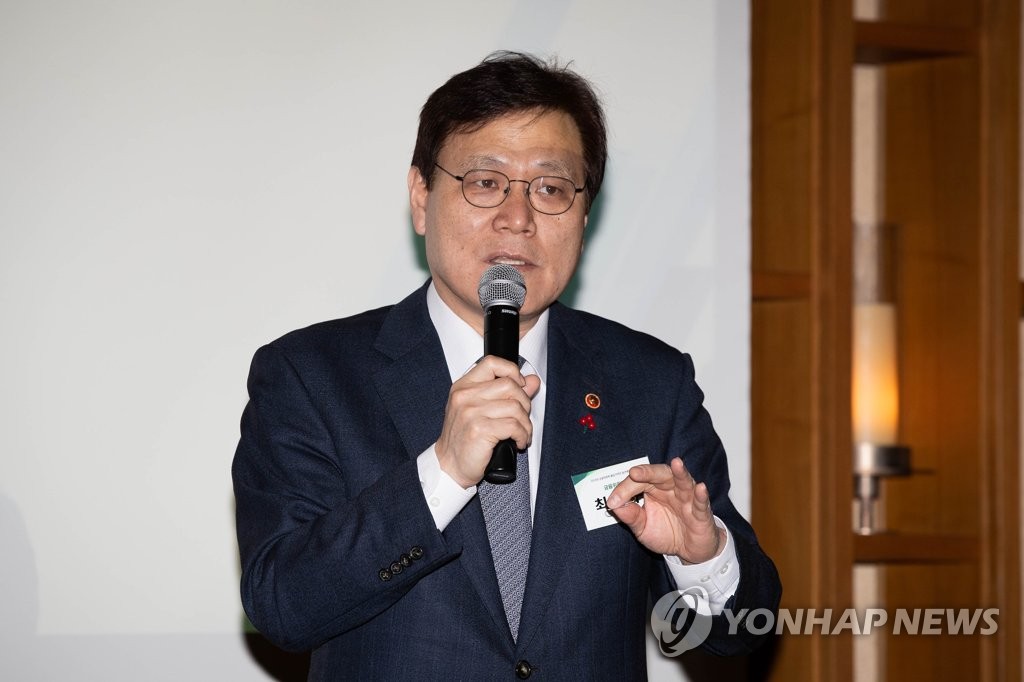 A global economic recession is expected to pose a big risk for Asia's fourth largest economy, which has long relied on exports of its semiconductors, cars and petrochemical products.

South Korea's economy is likely to see its facility investment grow slightly this year, but its exports and consumption growth are expected to fall, the FSC chief said.

The country's trade ministry said Tuesday that Seoul's exports fell 1.2 percent on-year in December 2018 in the latest sign that the global economy is losing its steam.

In October last year, the Bank of Korea revised down its earlier economic growth forecast for South Korea to 2.7 percent for 2018 due to rising economic uncertainties over trade tensions.

It was lower than the finance ministry's 2.9 percent outlook and the International Monetary Fund's 2.8 percent prediction.