Capt. Jung Da-jung began 46 weeks of training at the 281st Flight Test Squadron of the 52nd Test and Evaluation Group earlier in the day to join the elite group of pilots tasked with flying and evaluating newly produced aircraft. Jung will soon be promoted to major.

Since the service began the test pilot designation in 1990, only 42 officers, all male, have passed it. Female pilots had not applied for the designation due in part to safety and other risks associated with flight tests, an Air Force official said.

After completing her training course, Jung is expected to participate in various testing missions, such as the examination of new radar and weapons systems and one related to the KF-X indigenous fighter jet development project.

"Through various testing and flight missions, I will strive to become a test pilot who can support my colleagues running fighter jets in the real operational environment," Jung was quoted as saying in a press release.

Jung has around 1,000 hours of flight experience, well over the 700-hour threshold required for a test pilot application. The Air Force currently has around 70 female pilots, including Jung.

Commissioned as second lieutenant in 2009, Jung has mostly flown KF-16 fighters. She has served in a set of key Air Force bodies, including the 20th Fighter Wing and most recently the Air Force Academy. 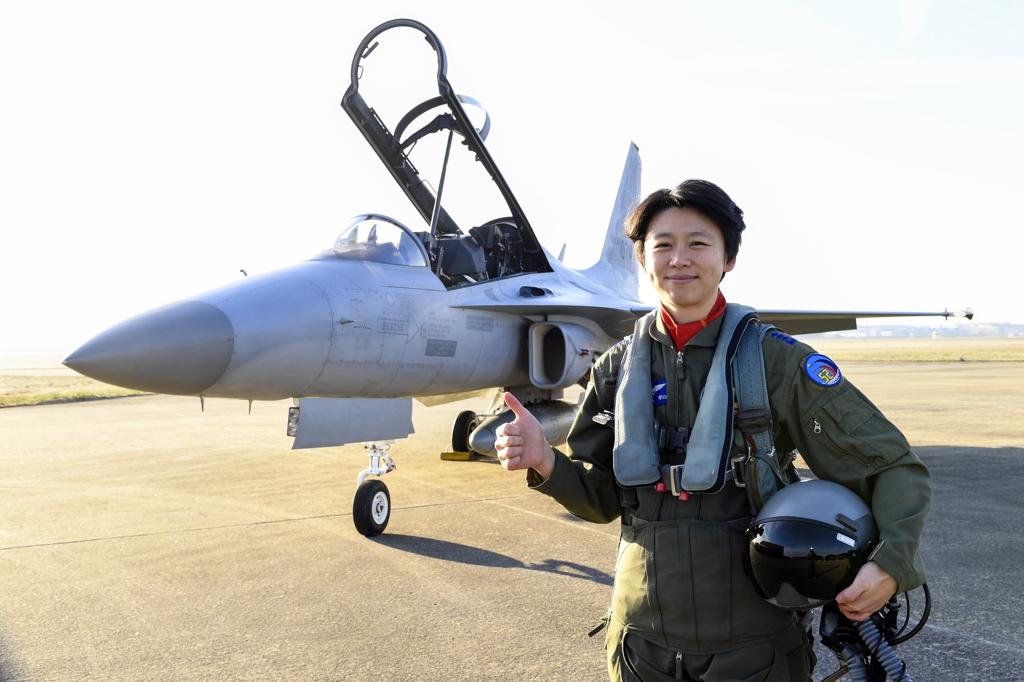