Last month, the U.S. central bank raised the fund rate by a quarter percentage point but signaled that it will mark up the rate two times in 2019, compared to its earlier announcement of three adjustments.

"For the past one or two months, the Fed has become far less hawkish," Bank of Korea (BOK) Gov. Lee Ju-yeol told reporters. "The Fed seems to be taking the slower pace because of sluggish economic data, but it's good for the (South Korean) market."

He said the BOK's monetary policy will be affected by the Fed's schedule this year as South Korea is a small, open economy.

The BOK increased its policy rate to 1.75 percent last month as part of efforts to curb massive household debt, which surpassed 1,500 trillion won (US$1.34 trillion) in the third quarter last year.

But the rate difference between South Korea and the United States has widened to 0.75 percentage point.

A far wider rate spread may spark an outflow of foreign funds from the South Korean financial market. Currently, more than 30 percent of the market capitalization of South Korea's benchmark KOSPI bourse is owned by foreign investors.

At the same time, Gov. Lee said he may revise down the BOK's earlier inflation forecast of 1.7 percent for 2019 due to a faster-than-expected oil price plunge.

"We made the forecast in October when oil prices hovered around $60-70, but now it's about $40," he said. "Consumer prices are expected to be lower." 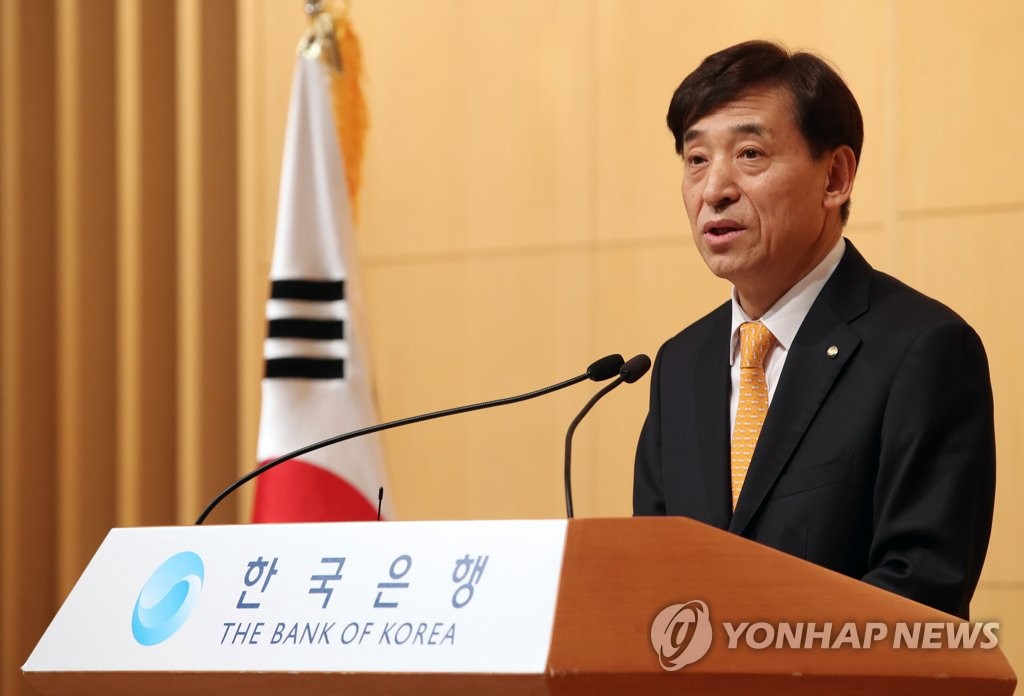