Hong Nam-ki, the minister of economy and finance, said in a message to ministry officials that the government must revitalize the economy, which in turn could improve sentiment and eventually people's livelihoods.

Hong's latest call came amid concerns of a slowing economy.

In December, the ministry estimated that South Korea's economy could grow around 2.6 to 2.7 percent this year and announced a set of measures to stimulate growth.

"We cannot let our guard down even for a second amid concerns that the economic situation could get worse," Hong emphasized. 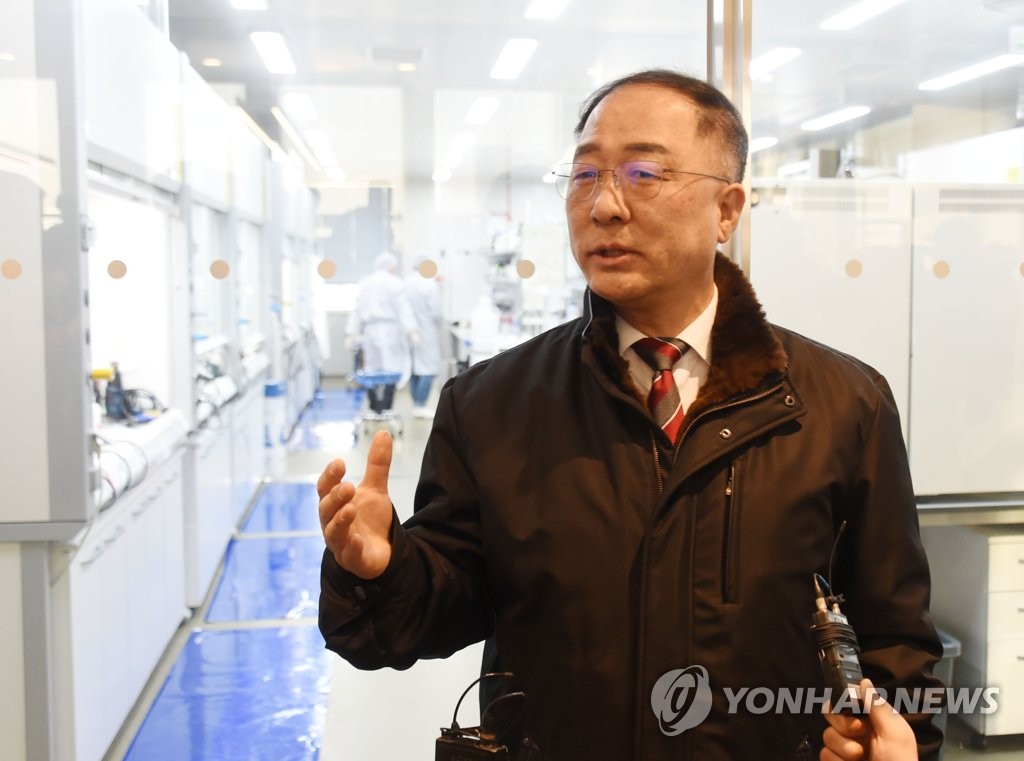