Thae Yong-ho, a former senior North Korean diplomat, interpreted Kim's warning of a "new path" in his New Year's message as an expression of his resolve not to be swayed by the U.S.

Kim said Tuesday that he is firmly committed to denuclearization and ready to meet with Trump at any time. But he also warned of the possibility of taking a "new path" if the U.S. sticks to pressure and sanctions on Pyongyang.

Trump and Kim held a historic summit in Singapore in June 2018, but denuclearization talks have since been stalled as the North demands sanctions relief while the U.S. calls for sincere steps on dismantling nuclear weapons.

Thae, who defected to South Korea in 2016, said that Kim seems to have strong hope for a second summit with Trump, although the date has not been fixed.

"But at the same time, if there is no point of compromise between the U.S. and North Korea before a second summit, Kim would rather not attend the meeting," Thae told a forum held by the main opposition Liberty Korea Party.

On Kim's potential visit to Seoul, Thae said that he may propose additional inter-Korean summits at the truce village of Panmunjom, rather than in Seoul, if the two Koreas move closer to the resumption of two iconic inter-Korean projects.

Kim said Tuesday that he is willing to reopen the now-shuttered inter-Korean industrial park in the North's border city of Kaesong and resume a suspended tour program to Mount Kumgang on the North's east coast "without any preconditions."

The North Korean leader agreed to visit Seoul sometime last year during his Pyongyang summit with President Moon Jae-in in September 2018, but the trip was not realized.

"What Kim is most interested in is related to getting realistic benefits like the resumption of the Kaesong complex and the Mount Kumgang tour project," Thae said.

"If there is a breakthrough in resuming these projects, Kim may propose his fourth or fifth inter-Korean summit at Panmunjom, even if it would not be in Seoul," he added. 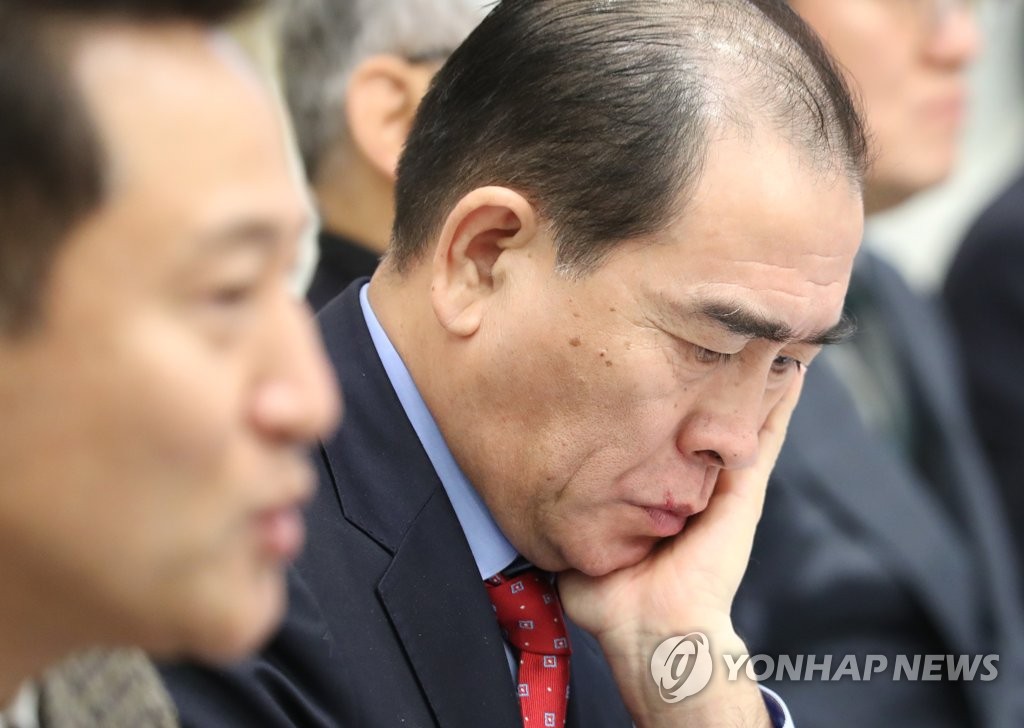 N.K. leader will not seek second summit with Trump without breakthrough: defector

N.K. leader will not seek second summit with Trump without breakthrough: defector