In his New Year's address on Tuesday, Kim called for state-wide efforts to resolve the country's chronic electricity shortages as well as for creating "a capacity for generating tidal, wind and atomic power under a far-reaching plan."

"We need to pay attention to what meaning it will have in denuclearization negotiations going forward," Unification Minister Cho Myoung-gyon said on KBS TV on Tuesday night, noting that it isn't the first time the North has talked about atomic power generation.

Cho said the issue of the North's right to peaceful use of nuclear power was mentioned in the 2005 denuclearization deal that Pyongyang signed with the United States and four regional powers -- South Korea, China, Japan and Russia.

Under the agreement, often called the Sept. 19 Joint Statement, the North insisted that it "has the right to peaceful uses of nuclear energy" and the "other parties expressed their respect and agreed to discuss, at an appropriate time, the subject of the provision of light water reactor" to the North. 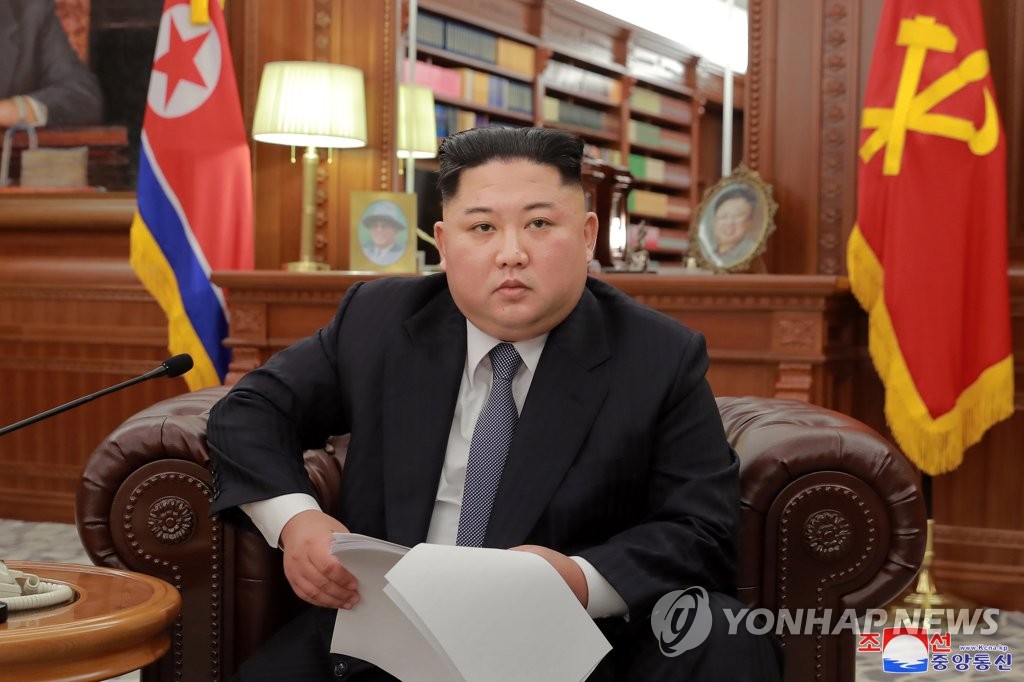 The North had long insisted that it was because of a need to generate electricity that the country ran a small nuclear reactor in the country's Yongbyon nuclear complex, rejecting international criticism that the 5-megawatt reactor is aimed at producing plutonium for nuclear weapons.

U.S. officials rejected the North's argument, with a former U.S. chief nuclear envoy, Christopher Hill, once saying that not a single light bulb in the North had been switched on with power generated by the reactor.

Under the 1994 Agreed Framework nuclear deal with the U.S., the North also agreed to freeze and eventually give up its nuclear program in exchange for two light-water nuclear reactors for power generation. Light-water reactors were considered harder to produce weapons-grade fissile material from as they use low-enriched uranium as fuel.

Under that deal, an international consortium, which included South Korea, worked on the project to build light-water reactors in the North's Sinpo area, but the project fell apart in 2002 following revelations that the North ran a secret nuclear weapons program in breach of the agreement.
(END)

Kim's call for 'atomic power' generation something to watch for in future nuclear talks: minister

Kim's call for 'atomic power' generation something to watch for in future nuclear talks: minister