In New Year's messages, they also stressed that more efforts should be made to overcome uncertainties such as the growing trade dispute between the United States and China and a potential slowdown in the global economy. 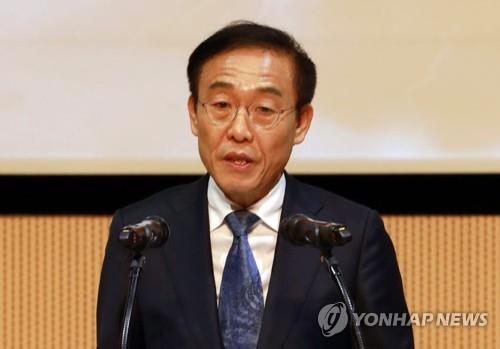 The senior executive, previously the president and CEO of the tech firm's crucial device solution division, was promoted to vice chairman last month, as the chip business continued to post record-breaking performances throughout 2018.

Kim said this year marks the 50th anniversary of Samsung Electronics Co.'s establishment and that management and workers must lay the foundation for the next 50 years for the tech behemoth.

Chung Eui-sun, Hyundai Motor Group's executive vice chairman, said the rules of games that have not been seen before are being made, which means the automaker must strive to find new growth engines backed by increased spending on future technologies.

Earlier in the day, Hyundai Motor Co. and its affiliate Kia Motors Corp. said they aim to sell 7.6 million vehicles this year by reviving sales in major markets, such as the United States and China. 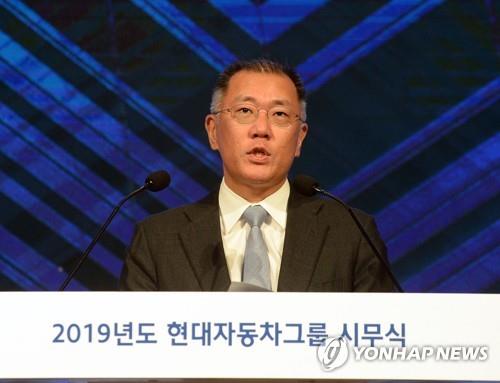 But their target appears to be conservative as they are widely expected to miss their sales goal for the fourth straight year through 2018 due to weaker than anticipated demand.

LG Group's new chairman, Koo Kwang-mo, stressed that now is the time to go back to basics centered on value creation for customers.

"I vow to make every effort to open new horizons for LG and will play a leading role toward that," he said.

LG's business portfolio ranges from electronics and home appliances to construction and chemicals, with LG Electronics Inc. and LG Chem Ltd. under its wing. 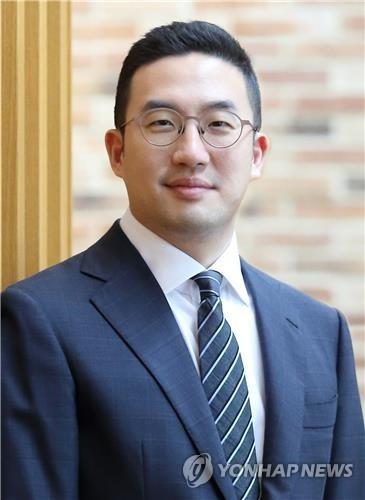 Huh Chang-soo, chairman of retail and energy conglomerate GS, said continued innovation and aggressive spending will bolster the national economy. "We have to find new business opportunities as well as upcoming trends to stay competitive," he said.