"The annual festival, the 16th this year, will run from Jan. 5-27," the organizer said, adding the event is a joint project between the county bordering North Korea and its 27,000 residents in an effort to activate the sluggish local economy. 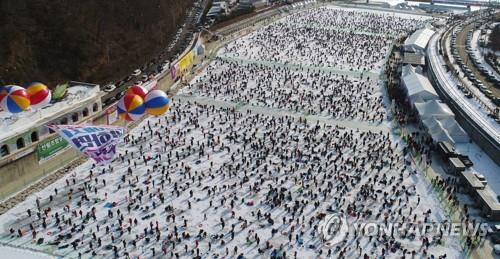 Some 200,000 visitors attended the first year of the event, but more than 1 million, including some 110,000 foreigners, enjoyed it last year. One program that has greatly contributed to making the festival a global winter event is the "Catch Sancheoneo with your Bare Hands," which is the Korean word for mountain trout. 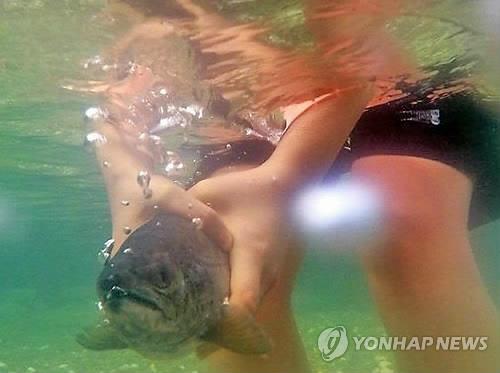 The event is also called "a safety festival," as its organizer puts a strong emphasis on safety as more than 10,000 holes are pierced in the 2.1-kilometer frozen stream for trout fishing.

Divers measure the stream's ice thickness every day during the festival to decide the optimal number of daily entrants in order to ensure their safety.

A total of 190 tons of trout weighing 250-500 grams will be released in the stream during the festival this year. 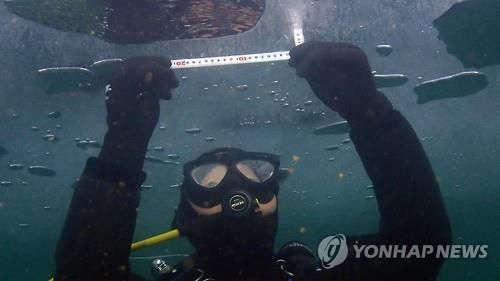 In particular, the county is endeavoring to attract over 200,000 tourists who will stay longer than a day in efforts to boost its economy. It will offer a variety of night programs, including the opening of a fully illuminated Seondeung Street, ice and snow sculpture squares, and night fishing on the stream.

The festival also features tens of outdoor activities, such as a sled contest, bobsledding and football on the ice. It also runs a Santa Claus post office. 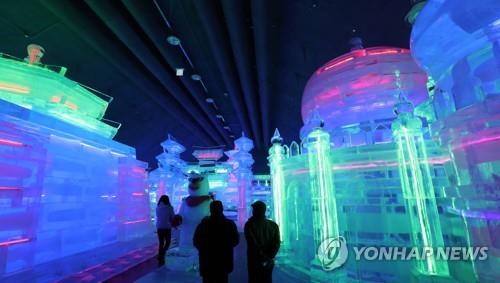