South Korea's exports retreated 1.2 percent on-year in December due to a slowdown in overseas sales of chips and petrochemical products -- the first negative growth in three months.

"We received the latest unfavorable data released on the turn-of-the year season," said Cho Byung-hyun from Yuanta Securities Korea Co. "With the ongoing U.S.-China trade dispute, a growing number of people are worried that the economy is in the doldrums."

Pessimism was felt across the board.

Hyundai Motor, the largest automaker, tumbled 3.80 percent to 114,000 won as its 2018 sales are expected to miss targets for a fourth straight year due to weaker demand in the two biggest auto markets.

Bond prices, which move inversely to yields, closed higher. The yield on three-year Treasurys fell 1.5 basis points to 1.802 percent, and the return on benchmark five-year government bonds was down 1.1 basis points to 1.873 percent. 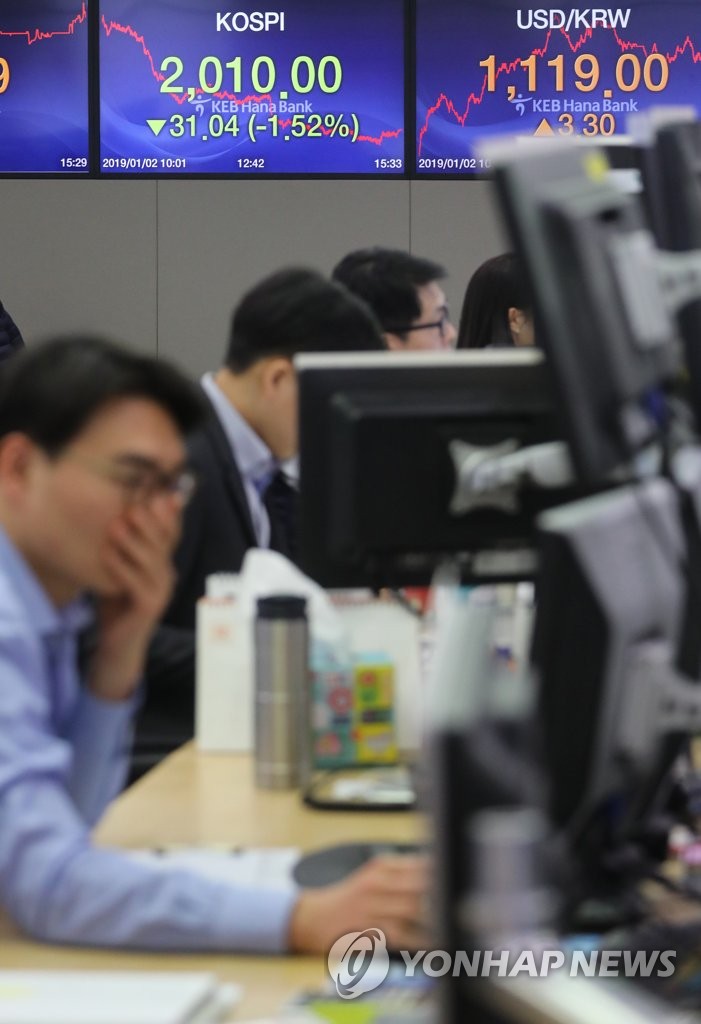