SEOUL, Jan. 2 (Yonhap) -- The head of South Korea's financial watchdog said Wednesday that no effort will be spared in strenghtening protection for consumers against abusive or deceptive business practices by financial firms.

Yoon Suk-heun, governor of the Financial Supervisory Service (FSS), made the remarks as the watchdog marked the 20th anniversary of its establishment.

Yoon didn't elaborate, but he has repeatedly warned against sales of defective financial products. 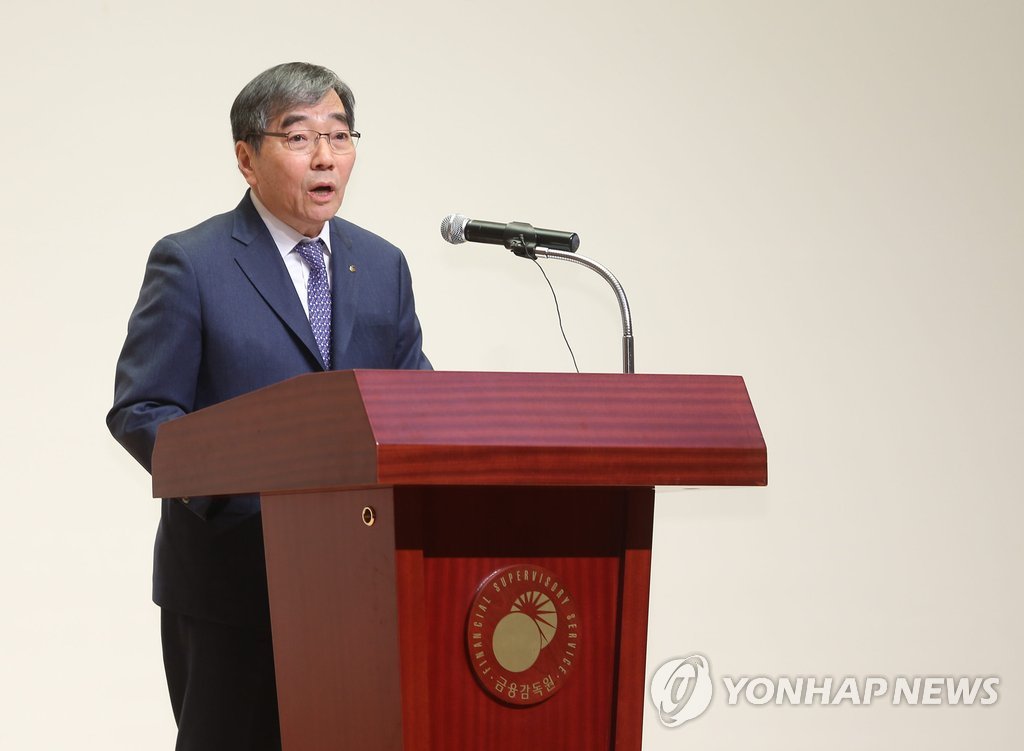 The FSS was set up in 1999 after consolidating four supervisory agencies on banks, brokerages, insurers and credit management.

Choi Jong-ku, chairman of the Financial Services Commission (FSC), praised the role of the FSS in helping South Korea avoid a financial crisis over the past two decades.

The FSC and the FSS are key players in South Korea's financial authorities, but they are reportedly at odds sometimes over the division of roles and responsibilities.

The FSC is made up of government officials is tasked with making financial regulatory policies and taking reform measures. The FSS, which has many civilian investigators, conducts on-site inspections of local financial services companies and plays a supervisory watchdog role.