SEOUL, Jan. 3 (Yonhap) -- The government on Thursday outlined its plan to create 610,000 jobs for senior citizens this year as part of its ongoing effort to deal with the country's fast aging population.

The Ministry of Health and Welfare said it plans to increase the number of new positions for people aged 65 or older from last year's 510,000 jobs by making use of 1.64 trillion won (US$1.46 billion) from the ministry's budget.

The country is fast becoming an aged society, a fact that could undermine future growth. The number of people over 65 years old reached 7.38 million in 2018, accounting for a record 14.3 percent of all citizens, according to data released by Statistics Korea.

"The recruitment period (for seniors to apply for the program) for this year is forecast to end before Jan. 10, much quicker than last year," a ministry official said.

The government said it will help each senior citizen find a decent position through a customized service, with monthly salaries ranging between 100,000 won and 1.37 million won, depending on the position. 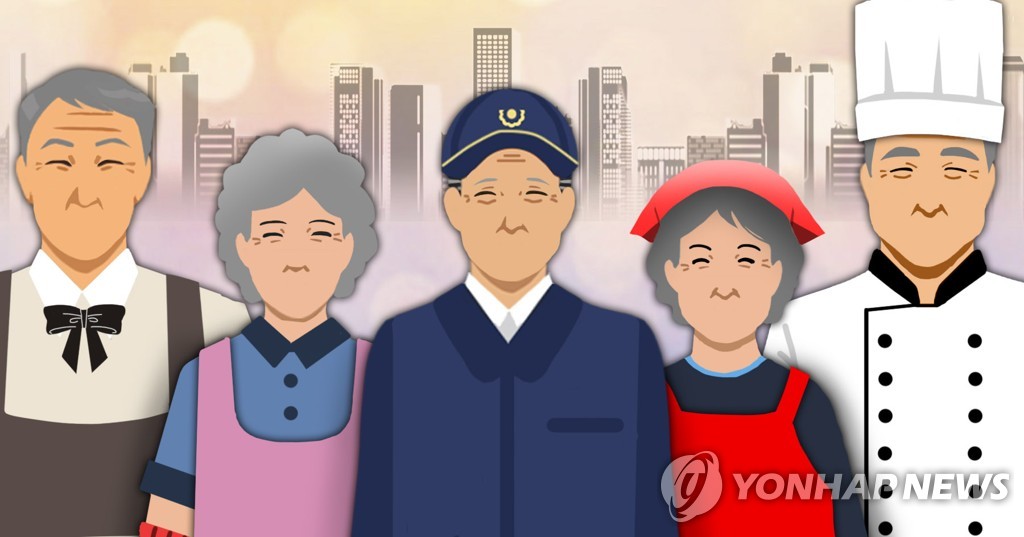