The overall sales figure was held back by weak overseas demand for locally-made vehicles in major markets, such as China and the United States. 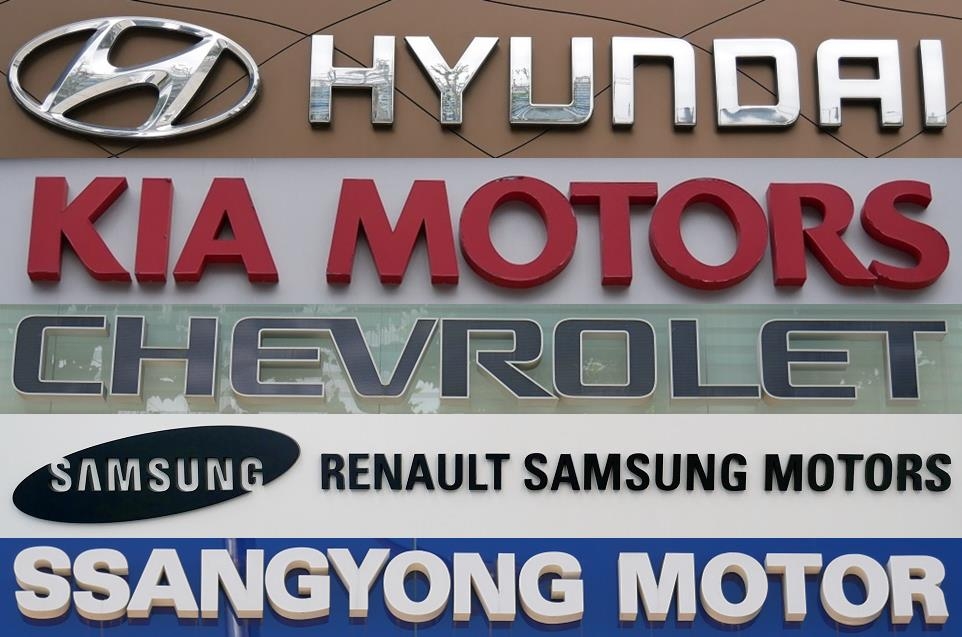 To boost sales, the two carmakers said they will put a bigger focus on reviving sales in the U.S. and China by launching 13 new or facelifted models in global markets this year.

They struggled with sluggish sales in the world's two biggest auto markets throughout last year due mainly to lack of competitive sport-utility vehicle models.

The ongoing trade war between the so-called G-2 economies and slowing global economy remain major hurdles for Hyundai and Kia, which together form the world's fifth-biggest carmaker by sales.

This year, Hyundai and Kia plan to launch the Palisade flagship SUV and the upgraded Soul boxcar in the U.S. and other markets to stimulate sales.

GM Korea launched the U.S.-made Equinox SUV and the upgraded Chevy Spark minicar in June last year, but they didn't help boost sales in the past seven months.

The GM unit plans to introduce 15 vehicles, including the U.S.-made Equinox SUV launched last year, in the local market over the next five years.

For the whole of 2018, the five firms' sales gained 0.4 percent to 8.23 million vehicles from 8.2 million in the year-ago period, the latest data showed.